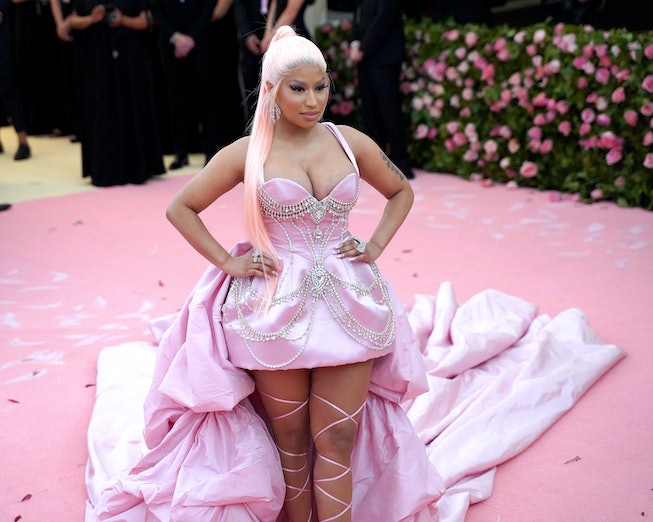 It's the ten year anniversary of Nicki Minaj's chart-busting debut, Pink Friday, and to celebrate she's taking to social media to reminisce with fans about the last decade of her career. She also made a pretty major announcement: the impending release of an HBO Max docuseries tracing her career journey and life.

Sporting a shock of orange hair, the rapper and new mom said, "I'm very excited to finally share with you guys that my docuseries is coming to HBO Max! It's gonna give you guys a raw, unfiltered look at my personal life and my professional journey and I can't wait to share it with you."

The series will feature six half-hour episodes, each exploring Minaj's personal and creative journey. According to a release, "with complete honesty, Nicki will guide viewers through the most challenging and fulfilling times in her life, navigating highs, lows and misguided agendas in her stratospheric rise to fame and her journey to motherhood."

Minaj recently married her childhood friend Kenneth Petty, and just this year gave birth to her first child, a son. Her professional achievements are too numerous to list, but include 19 Top 10 Billboard Hot 100 hits and 114 total entires on the Billboard Hot 100 — the record for "Most Billboard Hot 100 Entries Ever by a Female Artist.”

”Nicki Minaj is a multi-faceted artist, businesswoman, and innovator as well as force to be reckoned with," HBO Max head of original content Sarah Aubrey said in the release. "It’s a privilege to bring this project to HBO Max and provide our viewers with unprecedented access to her life.” The series, which lists Minaj as an executive producer, will be directed by Emmy-nominated Michael John Warren, who made his directorial debut with Jay-Z's "Fade To Black."

Details on the release date and title of the docuseries are TBD and will be updated here when announced.