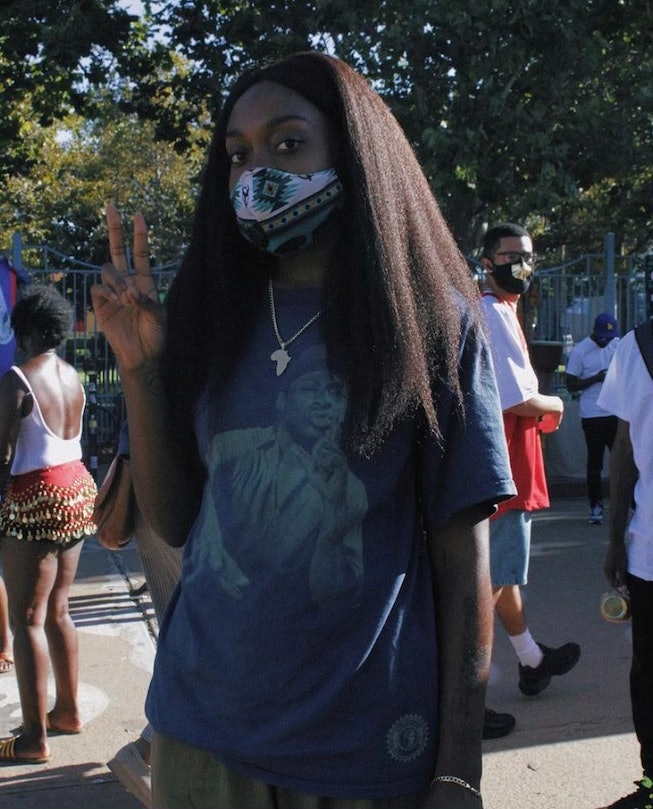 In a recent interview with Canadian musician Tamara Lindeman of The Weather Station, she asserted that "most art that's getting made [today] has something to do with climate change. The climate crisis is the backdrop for our society." Her observation can't be understated now with the arrival of Chicago-native Noname's searing and buoyant new song, "Rainforest," which touches on nearly all the -isms and existing against the backdrop of the never-ending human destruction of the world. The enigmatic rapper released the track late on Thursday evening, making it her first single of 2021.

With its jingling, The Kount-produced beat that could almost spur one to dance, "Rainforest" is perhaps Noname's most direct and radical song yet, as well as her most tightly written. Her verses spill out in a lucid stream-of-consciousness as she jumps from her grind to make money, her encounters with love, her condemnations of billionaires — and those who excuse billionaires. On its hook, she reminds us that while all of this is happening, everyone's also dying. "When rainforest cries, everybody dies a little," she sings. "And I just wanna dance tonight/ And I just wanna dance tonight."

Over the past few years, Noname has ascended from her position as a beloved regional rapper to one more firmly in the spotlight. Her online presence, where she routinely speaks out on anti-blackness, capitalism, police, and prison abolition, has made her into an activist figure and source of education for her fans. Though that hasn't arrived without its own grievances. Last summer, a stray tweet she made about rappers going silent when it came to the George Floyd protests resulted in J Cole releasing a diss track that fans interpreted to be directed at her. She responded with a one-minute song, "Song 33," which included the line: "He really 'bout to write about me when the world is in smokes?"

Noname released her last album, Room 25, in 2018. Besides her activity on Twitter, she's also been running her Book Club, which has since opened chapters in prisons around the country. Recently, she's been teasing new music and her next album, Factory Baby, which is expected to arrive sometime this year. Hear "Rainforest" below.