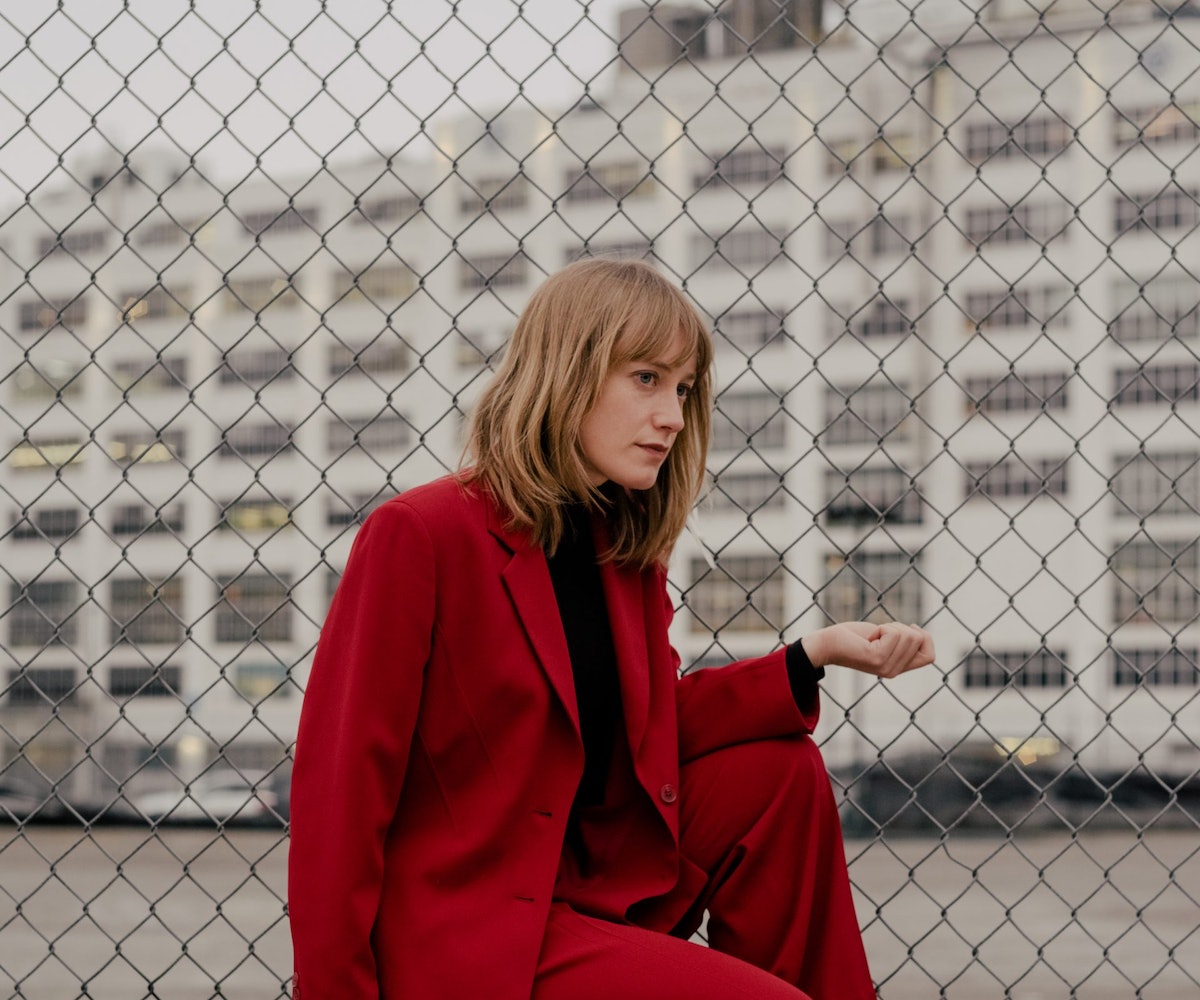 Climate change has loomed over Tamara Lindeman all her life. She first learned about it as a child growing up in the ‘80s, when the concept was still but a theoretical threat regarded as the “greenhouse effect,” but she remembers feeling “really, really scared of it.” She tried leading a low-carbon lifestyle for a while in her 20s, but as her music career gradually took off and she began “driving and flying all over the world,” it soon became something impossible to avoid. Then, in 2018, during a long stint back home, an urge to finally confront the world’s reality spilled over her. “I discovered I was actually very uninformed,” she says. It kickstarted a bumpy years-long and obsessive process to re-educate herself.

The illuminations and struggles that arose out of that re-education now inform Ignorance, the 36-year-old Canadian musician and actor's stirring new album as The Weather Station, out now. Like a specter, as in reality, the climate crisis hovers over its 10 beating songs as she acutely captures the grief, anxiety, and perilous hope she’s been cycling through these last few years. It is also astutely captivating. Its sound, a wily kind of folk, sprawls like Earth’s topography, all its precious grooves, bumps, and underground agitations accounted for. On stunner “Atlantic,” she sings in awe of a blood-red sunset over a gust of instrumentation and a ticking beat like a clock racing toward some foregone destination. She sighs about her ultimate insignificance on the eerie “Wear”: “It does not matter to the world if I embody it/ It could not matter less that I wanted to be a part of it.”

In reality, Lindeman isn’t that defeatist. Instead, she says that writing the album, along with finally confronting the elephant in the room, has allowed her to “come to a strange sort of grace” with climate change: “I'm not in denial anymore,” she says. “The closer you can look at it and keep an eye on it, the less it haunts you. So I'm not ambushed by a headline anymore, 'cause I'm like I already knew about that. I read about that somewhere else.” And knowing that there are people out there who care as much as she does, also makes her feel less alone.

Over a recent phone call, as 8 inches of snow fell across Texas, Lindeman detailed the notable podcasts, newsletters, journalists, and books that have helped her get to where she is. Her biggest advice for those embarking on their own climate awareness journey: “Be really cautious of what you're reading where,” and “watch your sources.”

"Amy Westervelt is a journalist. Basically, [Drilled] is just going into how oil companies have manipulated the conversation around climate change going back 30 years. She has sort of been working on that question for a long time. Something that I think my generation doesn't understand, and that I didn't fully understand, is that in the ‘80s when [climate change] was discovered: there was bipartisan support for resolving it. In the ‘80s when halting climate change would have been a hell of a lot easier than it is now, a lot of that research, for example, was coming from oil companies themselves. They were like, 'Oh this is real. This is a huge problem.'

We have the documents showing how [Exxon] received this information from their own scientists and decided to construct a misinformation campaign. This whole idea too that the science was flawed ... the science was never flawed. This was a narrative that was put forward by oil companies. So, this is something that should be just basic climate literacy. I think everyone should know that all of this so-called uncertainty about climate science was never actually a reality. I've spent my life feeling guilty about the climate and my carbon footprint, and the whole time there have been so many moments through history it would have been possible to take a path that does not lead here. And I think [learning] that just changed my perspective in general."

"I subscribe to a couple newsletters, like the New York Times’ Climate [Fwd], [and] Bill McKibben's newsletter [The Climate Crisis]. I think the LA Times has a newsletter called Boiling Point.

In 2018, I basically just found myself following... you know people call it climate Twitter... I follow all of them and tend to read their reporting. This guy David Roberts, he used to write for Vox and now has his own newsletter, and he's pretty great at doing deep-dives on complicated issues. He did a deep-dive on geothermal, like how useful will geothermal be in this situation, or like plastics in the world. Kate Aronoff is pretty cool. She writes at The Intercept. Michael Mann, who’s like one of the early climate scientists who’s become a climate communicator. A lot of these people are often going in and correcting where the narrative has sort of gotten off course or where things are not factual. In terms of emotions, I definitely think there's a whole other group of people who are sort of studying, and researching and talking about climate grief, and climate anxiety, and climate communication, and I try to keep up to date on that as well."

How To Do Nothing by Jenny Odell

"[How To Do Nothing] came up in my mind as a book that's been really influential for me in how I see the world. I personally see our whole society is about climate change. Most art that's getting made I would argue has something to do with climate change. The climate crisis is the backdrop for our society. That book in particular is what I see when I look at the world and when I look at myself — we're a society that's increasingly moving online. I think in the first couple pages of the book she says, 'What does it mean to construct digital worlds when the real world is crumbling before our eyes?'

This primary motion in our society of moving away from the real world into the digital world, I see that as an escape. I see that as we're trying to escape the reality of our situation because we're afraid. The moment you start reading about Silicon Valley, and all of these billionaires who have created digital worlds, as they say, many of them are obsessed with escapes, with escaping Earth, and many of them are obsessed with buying bunkers that they can escape to when the world ends. I find all of this is connected. They made their money from creating this essentially escape from the real world, and they themselves are trying to escape also.

I think her book is so subversive and so powerful and so important because she's talking about how far we've come away from being able to see the physical world, or engage with it, or be in it. She's pointing out how deeply we've been in flight from our physical falls and traumas, and that connects in my mind to the city of Miami, which we know will be underwater in the next 50 years. Yet, there's a real estate boom there. It's actually so difficult for us to see our situation I guess."

"I think my partner got that book for the house. I learned a lot from him. He's talking about the climate crisis and he's talking about the denial that purveys everything in this very complex, subtle, nuanced way. His poetry isn't... there's no statistics, but he gets at the heart of it emotionally and conceptually and philosophically. That to me felt really, really relevant. I think I saw in that a little key to how I could try to do the same thing, but not on the same level as Ed Roberson. Reading about him and reading his poetry has made me think a lot about perspective.

The way that we see the world and the way that we exist is still very informed by the colonial history of our continent, essentially. The way that we have come to see nature, is unfortunately filtered through the Christian, Western colonialist worldview. I think anyone that can break out of that just a little bit gives you a different sense, and I know that he's speaking from an outsider perspective to this tradition. There's a few quotes from him about writing nature poetry as a Black poet, and how he's not coming at it in the way that I think most people think of nature poetry, that it’s supposed to be pastoral or beautiful, and that is so not nature."