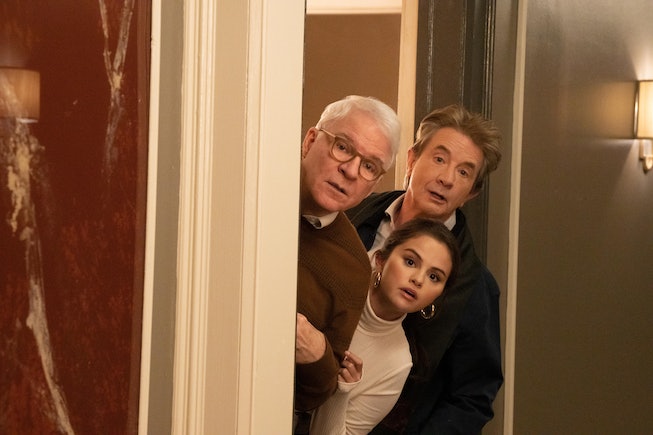 Selena Gomez may be best known by some as an international pop star, but she’s also a gifted comedic actress, and her recent turn in Hulu’s Only Murders In The Building is undeniable evidence of her talent. Starring alongside comedy giants Steve Martin and Martin Short, Gomez rounds out the trio of amateur sleuths who team up to solve crime in their building, as the title implies. In a new trailer for the series’ second season, the would-be detectives find themselves in hot water once again as they are implicated in the very murder they were trying to solve.

Here’s everything to know about season 2 of Only Murders In The Building:

Season 2 of Only Murders In The Building sees our heroes become suspects.

Per a synopsis: Following the shocking death of Arconia Board President Bunny Folger, Charles, Oliver, and Mabel race to unmask her killer. However, three (unfortunate) complications ensue — the trio is publicly implicated in Bunny's homicide, they are now the subjects of a competing podcast, and they have to deal with a bunch of New York neighbors who all think they committed murder.

The original cast will all return for Season 2.

Martin, Short, and Gomez will all reprise their critically-acclaimed roles in Season 2.

The first teaser-trailer for season 2 of Only Murders breaks the fourth wall.

In the new trailer for the season, Gomez, Martin, and Short deal with the fallout of potentially being framed for murder. Watch below:

Only Murders returns this summer.