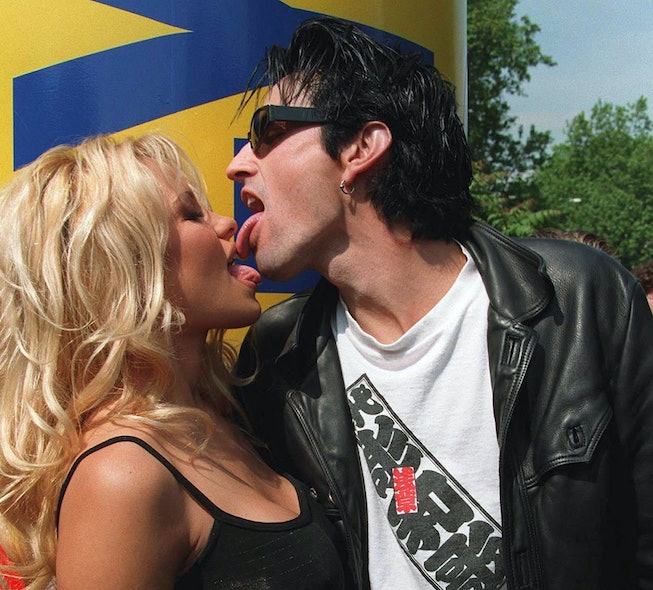 Back in the 90s, Pamela Anderson and Tommy Lee were the pinnacle of tabloid fodder. Anderson, a blonde bombshell Baywatch star, and Lee, a drummer for heavy metal outfit Mötley Crüe, kept things steamy until they got tumultuous. The two famously got hitched in 1995 after knowing each other for less than a week, had their honeymoon sex tape leaked, and ended their marriage in 1998 when Lee landed in jail in 1998 after physically assaulting Anderson.

Now, with over two decades time passed, Hulu is giving the full-throttle romance the series treatment. Per Deadline, the streaming giant will begin shooting Pam & Tommy this coming spring with plans for an eight-episode run. Leading the titular roles will be Lily James as Anderson and Sebastian Stan as Lee, although writer Brittany Spanos best summarized the final casting choices best when she said, "Machine Gun Kelly and Megan Fox were right there..."

Joining James and Stan is Seth Rogan, who will play the man who leaked the infamous sex tape, as well as executive produce the project. Pam & Tommy has been in the works for the past year, and began to gain more steam with the addition of I, Tonya director Craig Gillespie to the roster. Currently, the Anderson and Lee are not involved in the project.