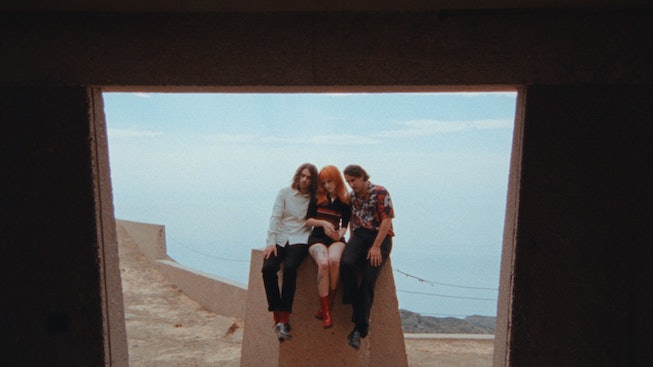 Paramore is back! The iconic alternative-rock band has returned with a new single called “This is Why,” along with an upcoming sixth studio album and cross country tour to match.

The band — which features lead vocalist Hayley Williams, guitarist Taylor York, and drummer Zac Farro — have been on hiatus for five years, but their return to the music industry has officially begun. Last night Williams wrote a letter to their fans on Discord, thanking them for their support while the band stepped away from making music. In the note she explained that she and her bandmates were able to recuperate before recording their new album, and they are better off for it.

“Looking at our calendar for the next couple of years, I know that I would not be ready to give myself back to the band and the music and the life that I love so much had we not voluntarily given it up for a season,” she wrote. “For all of that, on behalf of us all, I want to say thank you for being so loving and supportive of us as humans first.”

Their upcoming record, also titled This is Why, will drop next year via Atlantic Records. Until then we’ve broken down everything you need to know about Paramore’s long-awaited comeback.

This Is Why Album Release Date

Williams says “This Is Why” Is A Reflection Of Society

In a press statement about the song, Williams explained that “This is Why” is a reflection of how the world has, and has not, changed over the past few years.

“‘This Is Why’ was the very last song we wrote for the album,” Williams wrote. “To be honest, I was so tired of writing lyrics but Taylor convinced Zac and I both that we should work on this last idea. What came out of it was the title track for the whole album.”

“It summarizes the plethora of ridiculous emotions,” she continued. “The rollercoaster of being alive in 2022, having survived even just the last 3 or 4 years. You’d think after a global pandemic of fucking biblical proportions and the impending doom of a dying planet, that humans would have found it deep within themselves to be kinder or more empathetic or something.”

The “This Is Why” Video Is Out Now, Too

Watch the video for “This Is Why,” directed by Turnstile’s Brendan Yates, below:

How To Attend The ‘This Is Why’ Tour

Paramore announced they were going on tour earlier this summer, without much context, but tickets quickly sold out nonetheless. Now that we know they’ll be preforming music from their new album, the chance to see them live is even more thrilling. Their tour begins on October 2nd in Bakersfield California, and ends on November 16th in St. Augustine, Florida. If you were able to snag tickets congratulations! But if not, don’t worry, there is still a way to witness their return.

You can usually grab a last minute seat on websites like Stubhub and Ticketmaster, but they can be pricey. The other option is to see Paramore at one of their upcoming festival sets. See a complete list of their performances this fall, here.

This article was originally published on Sep. 28, 2022