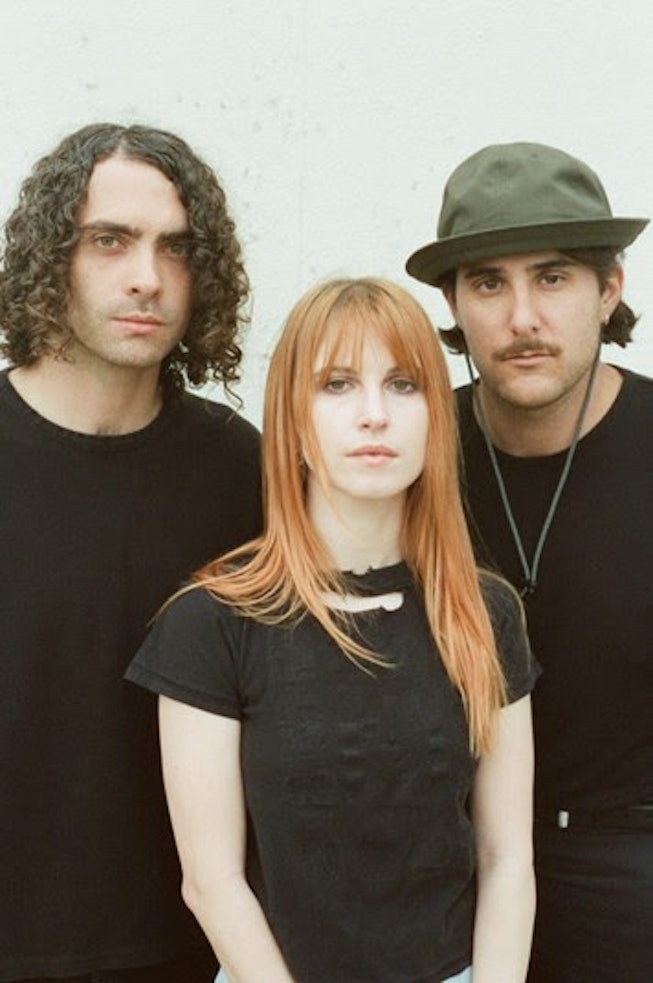 Paramore is officially back. After teasing fans throughout 2022 about its long-awaited comeback, the beloved veteran pop-punk band has announced that it’ll be hitting the road to play a series of intimate concerts this fall throughout the U.S. and Canada.

The special tour will kick off in October in Bakersfield, CA, and will take the band to intimate theater venues throughout the midwest, Canada, and the South, with festival appearances scheduled throughout. The tour route largely sticks to a midwest itinerary, hitting mid-sized theaters in places like Omaha, NE, Bonner Springs, KS, and Cincinnati, OH. It originally didn’t include plans to stop at big cities like New York City or Los Angeles, however the band later added two shows at L.A.’s The Wiltern and The Belasco, taking place on Oct. 20 and Oct. 27, respectively, and a show at New York City’s Beacon Theatre on Nov. 13.

The jaunt will mark the band’s first live shows together since 2018 when Paramore concluded its After Laughter tour. The band has since been on a break of sorts, though they began teasing a comeback in 2021. “Paramore can’t be ‘on a break’ forever now can we?” Hayley Williams wrote in a newsletter to her fans back then. Months later, the band officially confirmed that they were working on their sixth studio album, and that the sound of the project wasn’t exactly a “comeback ‘emo’ record” but still very guitar-forward.

No details have been released about the album or music yet, but it’s likely the band will debut new music during their upcoming shows. Below, see everything you need to know about attending the band’s Fall 2022 tour, including the full tour schedule and how to score tickets.

Where is Paramore playing for their Fall 2022 tour?

*Not a Live Nation Date

& with Young the Giant, Japanese Breakfast and Claud

Who is opening for Paramore?

Paramore has tapped a slew of artists to open for them on their tour. Claud, Ogi, Young the Giant, Japanese Breakfast, Faux Real, and Elke will play opening sets during the run. See their respective dates in the schedule above.

How to buy tickets to Paramore’s Fall 2022 tour

Tickets go on sale to the general public on Friday, July 22, at 10 a.m. local time via paramore.net.

On July 22, Paramore announced that they will be donating a part of their proceeds from the tour to select abortion clinics and funds in the U.S. and Canada. “We are outraged by the SCOTUS decision to overturn Roe V. Wade, ending federal constitutional right to abortion, affecting millions across the country,” the band wrote in a statement to Instagram.

This article was originally published on July 15, 2022