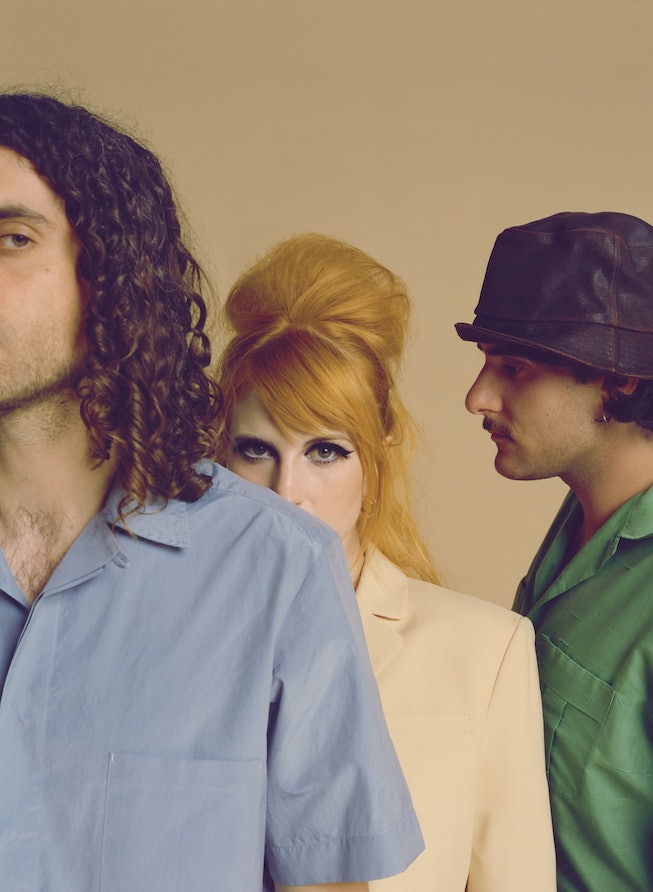 For a short while at the beginning of the pandemic, everything seemed to be going OK. Sure, the world was locked down without any idea of when it would end, but there was still at least a sense of optimism and togetherness in our shared plight. “Nature is healing,” cooed everyone at the later-to-be-debunked videos of swans seemingly returning to the waters of Venice. Though terribly misguided, celebrities sang “Imagine” in an attempt to inspire hope and comfort. At 7 p.m. every day, the country unanimously took time to clap for the frontline workers who were putting their own health on the line to keep us all safe.

Then, all hell broke loose. George Floyd was shot. Protests erupted. Anti-maskers and anti-vaxxers came out the floodgates; families grew divided; January 6 happened; it felt like the country was the most divisive it’d ever been. Of course, that wasn’t the case — America always had many of these problems, and the pandemic simply lifted the veil so we could see them all closer in ugly HD. For many of us, the last few years have been a practice of learning to tune some of it out to preserve our own inner peace — including for Paramore, who has released its first song in five years about this exact topic.

The explosive “This Is Why” is the veteran band’s lead single to its forthcoming sixth studio album of the same name — and the first taste of the band’s long-awaited return to a “guitar-forward sound,” which frontwoman Hayley Williams had been teasing for months now. With its scuzzy guitars but still bright instrumentation, the track sonically fits in the neat in-between space between its older pop-punk stuff and the electronic contemporary sound of 2017’s After Laughter.

Lyrically, the band — namely, songwriter Williams — is the sharpest it's ever been. Through straightforward but none-the-less emphatic lyrics, “This Is Why” presents a scathing critique and bitterly fatalistic outlook at the turmoil the last few years have wrought. Everyone, including Paramore, is tired; maybe, we should all stay inside for the next few years.

As a band who set the tone for what it was like growing up in the 2010s for many of us, Paramore returning to set the record straight on the emerging 2020s only makes sense. As Williams explains in a press statement, “This Is Why” is their response to a world that’s seemingly only grown more cruel and selfish in recent times.

“‘This Is Why’ was the very last song we wrote for the album,” Williams wrote. “To be honest, I was so tired of writing lyrics but Taylor [York] convinced Zac [Farro] and I both that we should work on this last idea. What came out of it was the title track for the whole album. It summarizes the plethora of ridiculous emotions, the rollercoaster of being alive in 2022, having survived even just the last 3 or 4 years. You’d think after a global pandemic of fucking biblical proportions and the impending doom of a dying planet, that humans would have found it deep within themselves to be kinder or more empathetic or something.”

Williams’ disillusionment with the times is the foundation of the song’s seething lyrics. From its first lines, she bitterly remarks that keeping one’s mouth shut is the optimal way to navigate the increasingly noisy world. “If you have an opinion/ Maybe you should shove it/ Or maybe you could scream it/ Might be best to keep it/ To yourself/ To yourself,” she sings.

On its second chorus, Williams adopts a snarkier, nihilistic tone and seems to suggest that humans are innately built to be stubborn, loud, and tribalistic in our beliefs. It’s another example of the emotional exhaustion and resignation that can be felt throughout the song. “Built to have conviction/ Because we were crimes of passion/ Survival of the fittest/ You’re either with us or/ You can keep it/ To yourself.”

The crux of the song barrels in during its upbeat chorus which finds Williams declaring, “This is why I don’t leave the house/ You say the coast is clear but you won’t catch me out/ Oh why/ This is why.” Its phrasing, built around a memed millennial line about never leaving the house is #relatable, but it’s also actually relatable: things have gotten so bad we don’t wanna leave the house.

Of course, one could argue that there’s still a note of exaggeration amid all the expressed frustration on the song. Paramore obviously isn’t not leaving the house — and neither are we, with society having decided that it’s better for things to chug along with some semblance of normalcy: we trudge to the office, and frequent the grocery store; and during the blessed much-too-short weekends, we pop outside to catch the last fading rays of sun before fall and winter settle in. But a desire for escapism still reigns; industry insiders cite an increase of rural migration, and certainly over the pandemic, the flood of people from New York City to upstate New York was indicative of some changing mentality. Maybe, when Williams sings “This is why, I don’t leave the house,” she’s more probing at the idea of disconnecting from the noisiest forum in the world: the internet. Maybe, instead, we should be going outside more.

After all, in the song’s music video, directed by Turnstile’s Brendan Yates, the band still frolics outside, albeit alone, in the Malibu wilderness, amid the grasses, against the blue sky, and, also yes, in the spare interiors of a house. But outside of a video camera, there’s no other technology present.