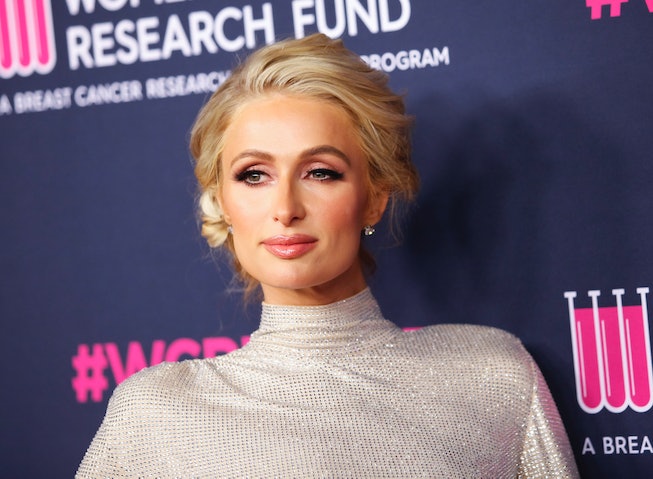 In a post Framing Britney Spears world, society is having a reckoning with its past. Specifically, how the media, paparazzi, and fandoms treated young women celebrities. If you're too young to remember what it was like, I'll tell you now: People were vicious. Spears, along with her celebrity contemporaries like Lindsay Lohan, Amanda Bynes, Paris Hilton, and more were regularly eviscerated by the media in coverage that's straight up hard to watch.

This realization has led to a trend of old interviews resurfacing in which the aforementioned women are belittled and humiliated, often during what's meant to be a breezy and ultimately fun late night experience. One of Hilton's 2007 appearances on The Late Show With David Letterman is being watched with fresh eyes, and it's not pretty.

For context, Hilton had been sentenced to 45 days in jail earlier that year after an alcohol-related reckless driving charge. She arrives to The Late Show to ostensibly speak about her new perfume, but Letterman had other plans. He constantly badgers Hilton about her experience in prison, despite her multiple attempts, and then straight up pleas, to get him to change the subject. Hilton wants to talk about her new projects, Letterman wants to jab at her life behind bars — and unfortunately, it just goes back and forth.

"That was off-limits, and [we agreed] he would not discuss it and we would only be there to promote the perfume and my other business ventures," she recalls on her podcast This Is Paris. "I felt like it was a safe place because I'd been going on Letterman for so many years. He'd always have fun with me and joke around, but I thought he would keep his word on this and I was wrong."

Hilton and Letterman have since kissed and made up after the host apologized over the years.. But the memories still sting. "I was just getting so uncomfortable and I was so upset," she continues. "Just being up there, it was like he was purposefully trying to humiliate me."

I have a feeling that we'll be seeing much more interviews from this era turn up again as society grapples with the limits of dunking on celebrities. How far is too far?

NEXT UP
Culture
Paris Hilton Welcomes A Baby Boy
A Night Out
A Night Out With Rachel Bilson
Culture
Phoebe Dynevor Will Not Return for Bridgerton Season 3
Culture
6 Shows To Binge Once You've Finished 'The White Lotus'
Style + Culture, delivered straight to your inbox.