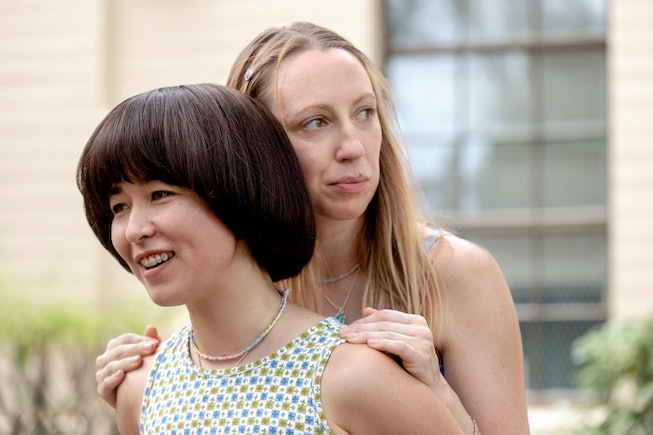 More cringeworthy middle school awkwardness is on the horizon: the hilarious PEN15 is coming back to Hulu on September 18. The show's creators and stars Maya Erskine and Anna Konkle will once again accessorize their bowl cuts and tighten their braces as they reprise their roles as tween best friends and mild social outcasts in the year 2000, Maya Ishii-Peters and Anna Kone.

The forthcoming season looks just as traumatic and hysterical as the first; the trailer literally opens up with a confrontation in P.E. class and ends with Maya and Anna pulling a Charlotte York, by which I mean looking at their vaginas in hand mirrors.

PEN15's combination cringe and heart has an almost restorative effect. We all suffered collectively, we're not alone! For Eskine, the project has served as a creative and emotional release. "Writing it is one thing to share the secrets or stories you feel ashamed about. That's just in a room with people you feel close with," she explained. "It's another thing to be on set and then relive those moments because you're actually trying to go back to that time in your brain, and so I was overwhelmed when those emotions came up so quickly. I was like, I had no idea how close to the surface they were. This is very raw…I guess cathartic to act out. I think I am finding closure through this show for some of those experiences."