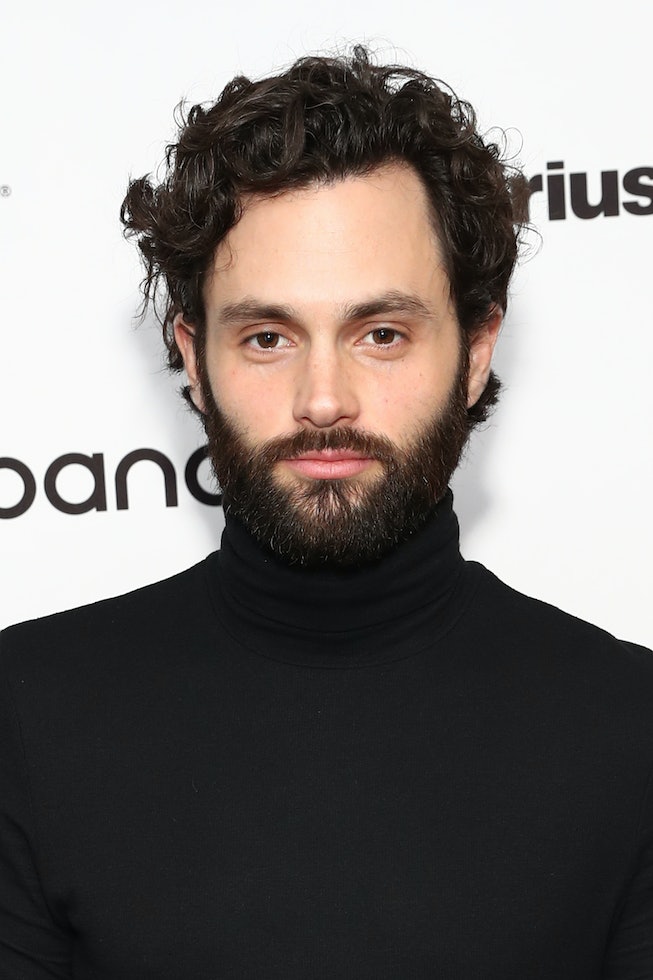 Last week, multiple women accused comedian and actor Chris D'Elia of allegedly soliciting nude photos, with several of the women saying they were approached by D'Elia when they were still underage. Although D'Elia has denied the claims, the reverberations of the allegations have hit his professional life. D'Elia most recently starred in the second season ofYou, in which he played a — wait for it — famous Los Angeles comedian who preyed on underage girls. The coincidence is uncanny and straight up chilling, and now, D'Elia's You co-star Penn Badgley is speaking out against the actor.

Badgley didn't mince any words when it came to his former colleague: "It did affect me deeply. I was very troubled by it. I am very troubled by it." Badgley commented that he doesn't really know D'Elia, and that his alliances are with the women who stepped forward. "I don't know Chris," he explained in an interview with the Los Angeles Times. "I know that, if there's anything we need to do in this age, it's to believe women."

As mentioned, D'Elia played a predatory comedian on You, which only further unsettled Badgley. "The idea that a show like ours would indirectly, unwittingly be a haven for people who are abusive is disturbing," Badgley explained. "It's very disturbing,"

Badgley continued, saying there needs to be big picture, systemic changes to prevent these type of abuses of power from taking place. "It's not just vetting individuals. There needs to be a change in culture and attitude so that that kind of behavior is so clearly reprehensible, it's so clearly, like, anti-human," he said.

He also revealed that You production contacted 17-year-old actress Jenna Ortega who acted alongside D'Elia after the allegations came to light to ensure she felt safe filming.

D'Elia firmly denies the allegations. "I know I have said and done things that might have offended people during my career, but I have never knowingly pursued any underage women at any point. "All of my relationships have been both legal and consensual and I have never met or exchanged any inappropriate photos with the people who have tweeted about me," he said to TMZ. "That being said, I really am truly sorry. I was a dumb guy who ABSOLUTELY let myself get caught up in my lifestyle. That's MY fault. I own it. I've been reflecting on this for some time now and I promise I will continue to do better," he said."