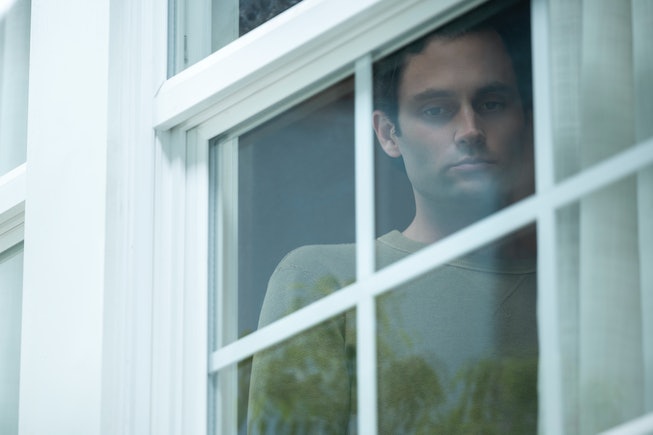 “I just remember I wouldn’t close my eyes and the director came up to me,” Badgley added. “He was like ‘Buddy, I think you gotta close your eyes.'”

Badgley explained that being creepy is “the f*cking point,” especially given his character’s penchant for stalking and murdering. “That’s just the strange line that we’re always walking on our show,” he added. “Examining toxicity in sexual culture while also trying to be sexy.”

You was a hit on Lifetime before getting picked up by Netflix for three more seasons. You season four is currently in production, and will star Badgley opposite Tati Gabrielle. New cast members this season include Charlotte Ritchie and Lukas Gage.