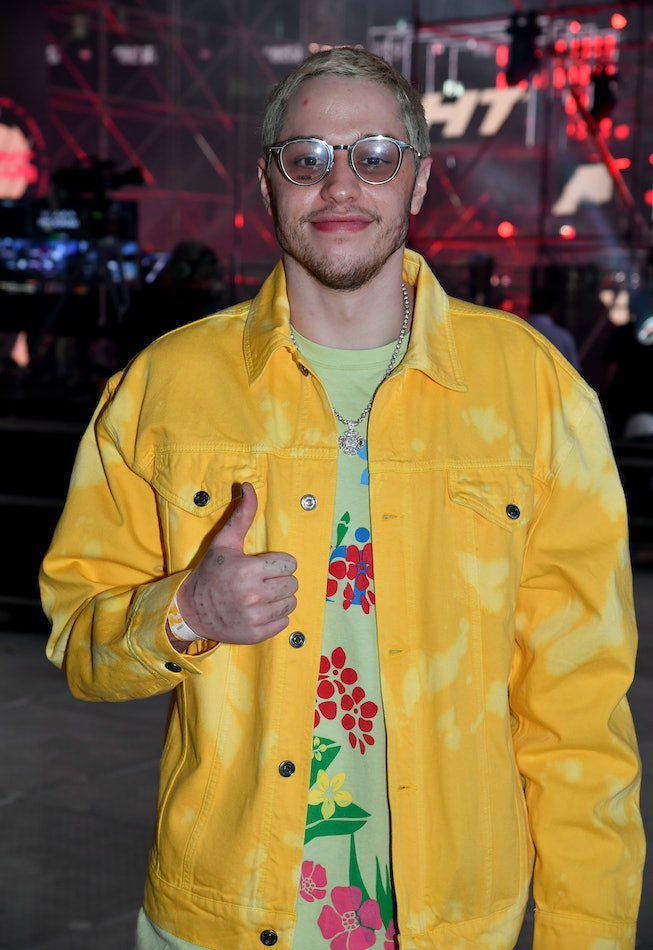 Saturday night may have been a match for Jake Paul and retired MMA fighter Ben Askren, who fought at the Triller Fight Club boxing event, but event host Pete Davidson roasted Paul, stealing the show in the process.

The comedian headed backstage to interview both Paul and Askren before the pay-per-view fight, which happened in Atlanta. Talking to Paul alongside Jack Harlow, of all people, Davidson said, "You remind me of Charlie Sheen when he went on his 'winning' tirade.” He then seemed to ask Paul about the recent sexual assault allegations against him, though broadcasts censored the question. Paul responded, “Bro, you can’t joke about that,” to which Davidson replied, “No, I’m not. I’m not!” The interview then awkwardly moved on to talking about Paul’s favorite color.

Davidson was apparently referring to allegations made by YouTuber and online influencer Justine Paradise of sexual assault by Paul. In a 20-minute video posted on April 9, Paradise accused Paul of allegedly forcing her to perform oral sex on him after she already said no. "He didn't ask for consent or anything,” she said. Paul called the allegations “100 percent false” in his response.

Davidson then did his pre-fight interview with Paul’s opponent, Ben Askren, who asked Davidson why he doesn’t like Paul.

“Well I mean, do you have an hour? I mean, he’s not a good person,” Davidson said. “He’s clearly not a good influence on any of the youth culture…he kind of has this whole following, so he thinks he can do whatever he wants. Didn’t he get busted by the feds with like AKs and machine guns…why isn’t he in jail?” Pete responded.

“Nobody wants you to lose this…nobody wants to see Jake Paul win…I would like to kick his ass on behalf of your kids,” Davidson added.

If Saturday night was any kind of preview of what a ‘white boy summer’ might look like, we’re in for a rough year.