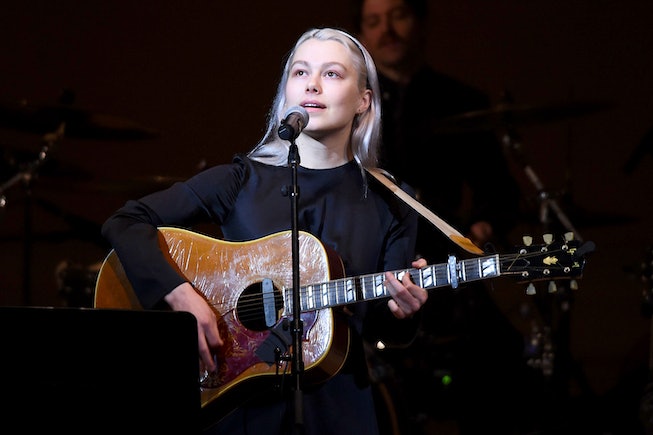 Phoebe Bridgers is hitting the road again — for real this time.

The indie singer-songwriter and musician has announced her first real tour back since the pandemic, and since the release of her lauded sophomore album, Punisher. Cheekily titled Reunion Tour — though this time it will be a reunion between fan and artist — the tour will kick off this fall in St. Louis, Missouri and will snake Bridgers through 25 cities across the U.S. from the September 2021 through October.

Electronic pop group MUNA, whom Bridgers recently signed to her label, Saddest Factory, will join Bridgers on a select run of dates in September. Additionally, one dollar from each ticket purchased will go towards RAINN, the Rape, Abuse & Incest National Network and the country’s largest anti-sexual violence organization.

See everything you need to know about attending Bridgers’ Reunion Tour, including the full list of tour dates and locations, below.

The singer’s fall U.S. tour is slated to kick off on September 3 in St. Louis, Missouri and wrap in Washington D.C. on October 26.

See the full list of cities and dates below.

Tickets go on sale July 16, 2021 at 12 p.m. local time via Ticketmaster’s Verified Fan program. Register now with Ticketmaster to be notified on when tickets drop before it closes on Wednesday, July 14 at 12 p.m. ET.