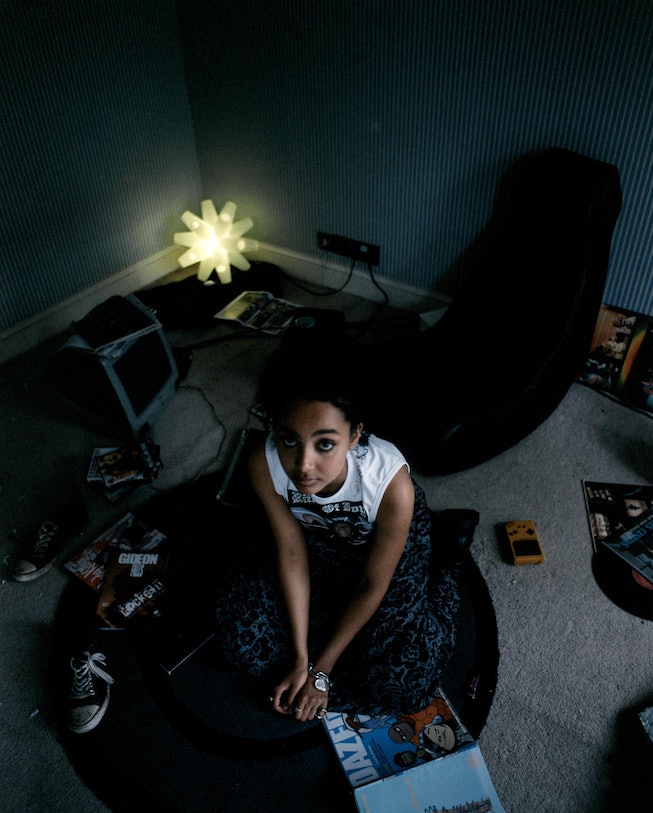 One of the biggest breakout stars of 2021, PinkPantheress, has just announced her debut mixtape, To hell with it. It’s her first-ever body of work, and is expected to arrive just in time for spooky season — on October 15 via Elektra Records/Parlophone Records.

And based on its album cover, it does seem like there was some intention behind its October release date. The photo of the U.K. musician, standing in front of a creepy mansion at night as lighting strikes through the sky, looks like it could’ve been taken straight from an ‘80s camp-horror movie poster.

“I’m super excited to share this project with you all as my first body of work, I’ve been collecting songs that I’ve made this year and while I’m still developing my sound, I’m hoping these songs immerse you into your ideal fantasy world as you listen,” she said in a statement.

According to its track list on Apple Music, To hell with it will span 10 songs and only — to many fans’ disappointment — 19 minutes long. Previous singles “Passion,” “Pain,” “Just for me,” and “Break it Off,” are included on the album.

PinkPantheress emerged earlier this March when a snippet of her then-unreleased song “Break It Off” went viral on TikTok. The track, a dizzying mix of breakbeats and edgy pop elements, was in retrospect a great primer for the unpinnable vibe of her vibe: simultaneously new and nostalgic. Subsequent singles like “Passion” and the popular “Just for me,” have also gone viral on the app, proving the 20-year-old musician is making an impression beyond one single sound.

Pre-save To hell with it here.