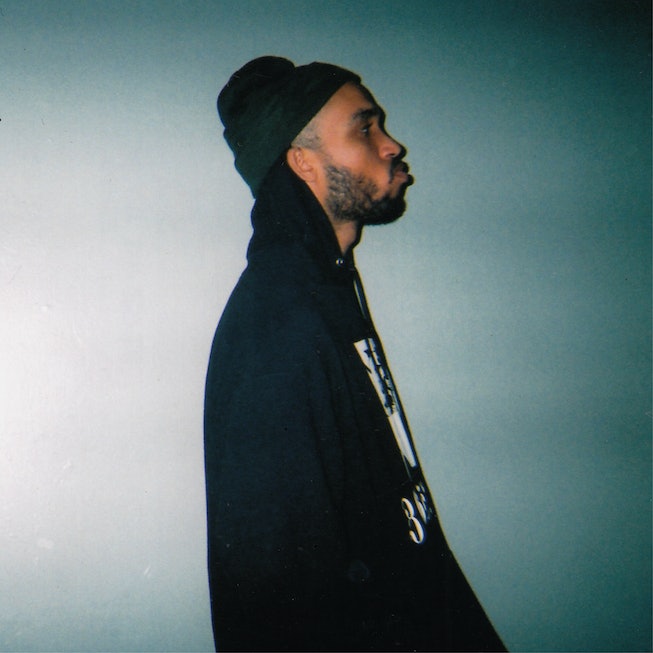 Detroit producer and DJ Black Noi$e is gearing up to release his forthcoming album, Oblivion, the first non-Earl Sweatshirt release on the rapper's Tan Cressida label. Noi$e recently shared the first single from the project, an eclectic jazzy number featuring soulful Dallas-singer Liv.e that clocks in at less than two minutes; a small satchel of wonderment. Noi$e now shares the next single, "Mutha Magick," premiering exclusively on NYLON. The track is a near 180 degree flip that combines a steely, high-intensity Noi$e beat with commanding raps from the Chattanooga, TN oracle, bbymutha.

"My p*ssy heavy, I limp/ I push your baby in the corner/ Imma bully your pimp," goes one of the many memorable lines. The song's accompanying music video, animated by Aaron Hymes, features the duo in cartoon form, along with many other friends as they creep the grounds of a massive mansion. Foster's Home For Imaginary Friends vibes.

Oblivion is out August 14 via Tan Cressida. Watch "Mutha Magick" below and read on to learn more about the Detroit producer.

First off, f*ck the police. And f*ck all these racists galavanting around the world [and] country. But currently watching one of those little electric vacuums clean my room.

Tell me how "Mutha Magick" came together — how did you guys link up for this project?

[We] inked up officially on tour and did a few songs. This one was just sent over text. I heard her on it and knew she could crash this. She did.

What was the inspiration behind the animated music video? It reminds me of a Cartoon Network character mash-up.

I just wanted to create a world for the project to live in. And wanted to do something I haven’t had a chance to do before. Basically just falling into my mind. I want to be able to create freely through all mediums. Aaron pulled it off for me!

Yours will be the first non-Earl release on Tan Cressida. How are you feeling about that achievement?

That’s my brother. We have seen a lot.

Besides making music, how have you been passing time during lockdown?

First half of lockdown I was in North Carolina looking at horses. I was there when the protests kicked off and it was pretty surreal being in the place that helped kick off the civil rights movement. A lot of different sides to the story. Now I’m back in Detroit walking to the lake from the crib or skating around or riding a bike or mopeds. Just finished that [Michael] Jordan documentary.