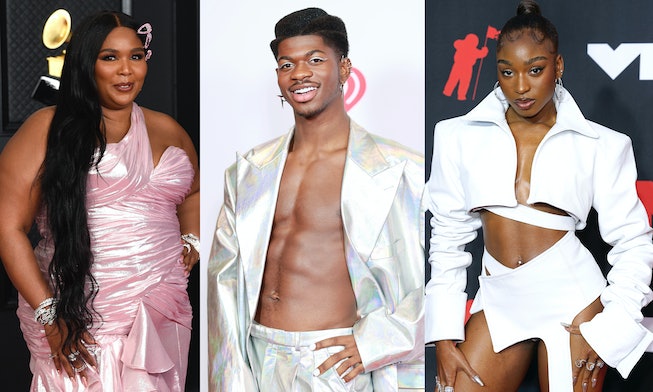 Twenty years ago, The Proud Family aired on Disney channel and stole our hearts with its witty dialogue, fun-filled episodes, and iconic Destinys Child theme song. The animated series — which centers the life of 14 year old Penny Proud and her rambunctious family — only ran for two seasons, but that was enough to secure its spot as one of the best Disney shows to date.

Now the streamer’s bringing it back with a star-studded reboot. The Proud Family: Louder and Prouder is an updated version of the cartoon we know and love, but with a modern twist.

Below, everything we know about the upcoming series.

The Proud Family: Louder and Prouder is a continuation of the original series.

The series reboot picks up where the original left off. Louder and Prouder follows the Proud family and the hijinks that ensue as they navigate day-to-day life as a Black family in America. Like the original, we can expect plot lines about activism and social issues. And, according to Vulture, Penny Proud’s character is a bit older, so there’s a chance we may finally hear from the twins!

In a statement released about the upcoming-cartoon, the series creators Ralph Farquahr and Bruce W. Smith said, “In our minds, the show never really went away, as we still had tons of stories left to tell. It’s the perfect time to bring back this show, and we can’t wait to take fans, old and new alike, on this journey with us.”

The Proud Family: Louder and Prouder features a star-studded ensemble.

The reboot will include most of the original cast. Penny Proud is joined by her parents Trudy and Oscar, twin siblings Bebe and Cece, her uncle Bobby, and their hilarious grandmother Sugar Mama. Penny’s friend group — Dijonay Jones, LaCienega Boulevardez and Zoey Howzer — is returning as well.

Unfortunately, Disney hasn’t confirmed if Sugar Mama’s suave boyfriend Papi is still in the picture. However they did cast a rolodex of celebrities to make up for it.

Most of their roles haven’t been disclosed, but Disney did announce that Palmer is playing a young activist named Maya in the reboot.

The first teaser for The Proud Family: Louder and Prouder celebrates the original series.

We don’t have an official trailer yet, but the teaser is cute enough to make up for that. To celebrate the series 20th anniversary, Disney released a video of its new cast-members explaining why they loved the show.

The Proud Family: Louder and Prouder will be released next year.

The animated series doesn’t have an official release date, but it's slated for 2022. In the meantime, you can catch up on the original on Disney+.