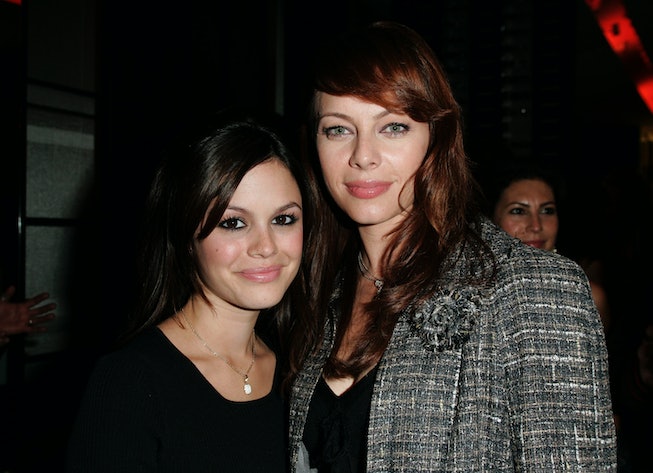 Photo by Donato Sardella/WireImage for CHANEL

When rockers Phantom Planet sang, “California, here we come / Right back where we started from,” they knew that former co-stars Rachel Bilson and Melinda Clarke would eventually head back to their roots: The O.C. The two actresses announced their new O.C. rewatch podcast, promising to revisit episodes of the glamorous teen drama with their own special, behind-the-scenes intel. The podcast’s name is obviously perfect: Welcome to the OC, Bitches!

“Join the original OC bitches, friends, and co-stars, Rachel Bilson and Melinda Clarke, for a trip back to the early 2000s,” reads a description of the Omny show. “Zip up your Juicy Couture tracksuits and grab a seat by the pool while they deliver the ultimate O.C.-rewatch podcast. Each week they'll take you back to a particular episode, share behind-the-scenes scoop, and interview guests who were part of the OC experience.”

Bilson and Clarke will grab the nostalgia industrial complex by the horns and take us back to 2003, when the ritz and glamour of Newport Beach’s finest captivated America’s impressionable teens. Season One alone has so much to unpack: Ryan’s arrival from Chino, Marissa stealing Summer’s stepmom’s painkillers in Tijuana, Oliver Trask in general, Seth Cohen’s love of Death Cab for Cutie, and so much more.

The O.C. ran ran for four seasons and was created by Josh Schwartz, who later created the Gossip Girl television series, as well as its upcoming HBO Max reboot. Catch a super brief audio teaser of Welcome to the OC, Bitches! below.