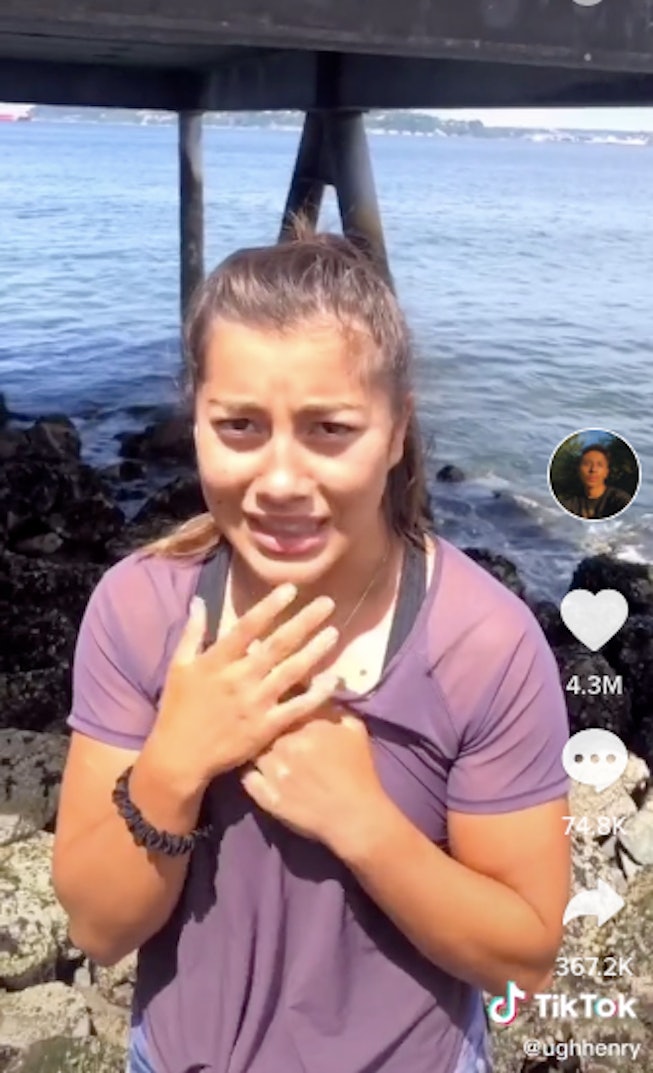 Everyday there's a fresh reminder that we live in the darkest timeline. Today, it's Randonautica, an app that sends users on random adventures and encourages exploring one's surroundings. What sounds like a harmless, and potentially fun concept has led to eerie, sinister ends for some users, who promptly shared their experience to TikTok.

Randonautica asks users to "set an intention" – which can pretty much be anything – and then uses a random number generator to pick a set of coordinates for the exploration. The theory is you'll find something that ties back to your intention and you'll have broadened your horizons for a bit of time. As reported by Bustle, the app was programmed with both quantum physics and spirituality in mind. "Randonauting is heavily inspired by chaos theory and Guy Debord's 'Theory of the Dérive,' app co-founder Joshua Lengfelder told Bustle. In layman's terms, it means that a small change can set off a series of unpredictable events.

TikTok user @ughhenry wasn't expecting to find a crime scene when his Randonautica coordinates sent him and his friends to the beach. The friends found an abandoned black suitcase with a horrible stench emanating from the contents, prompting them to call the police. Later, it was reported that the smell was in fact coming from a dead body in the suitcase. “The moment I got back home, I broke down," commented @ughhenry. "I still can’t sleep.”

The creepiness doesn't end there. One user's coordinates took him to his dead relative's graves, while another posted a video sobbing after Randonautica led her to a man who had just gotten shot. Thankfully not every adventure has dystopian undertones; @itsbrigreen set her intentions on getting a pet, and lo and behold, her coordinates sent her to what appears to be an abandoned kitten.

The app provides users with three different types of locations from which to choose. The first type of is an "attractor" location, a dense area that theoretically holds a lot of energy. The second type is a "void" location, the opposite of an attractor location with a low density quantum point distribution. Lastly, there's the "anomaly" location, which is considered the strongest of the three and ideal if the user has a very specific intention. While the spooky occurrences could be the result of confirmation bias at play, the videos are still entertaining, if disturbing, to watch and growing in popularity despite no formal marketing.

"It's sort of a perfect storm of easy tools to create little vignettes and an algorithm that boosts the memetic nature of the phenomena," Lengfelder explains. "People see an interesting adventure, decide to try the app themselves, post a TikTok of what they find, and Randonautica ends up self-propagating."

If you do go 'Randonauting,' proceed at your own risk.