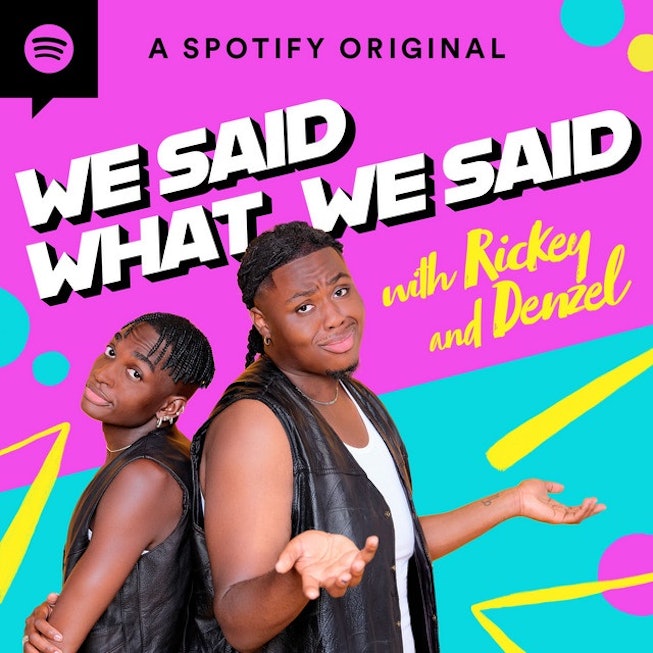 The internet’s favorite duo is back. On Tuesday, Aug. 17, Rickey Thompson and Denzel Dion will return to Spotify with the second season premiere of their exclusive podcast, We Said What We Said.

Thompson and Dion debuted the series in September 2020 with weekly episodes that touch on a slew of their favorite topics: pop culture, sex, love, struggles, music, and more. In the first season, they’ve talked about body acceptance, their drunkest and messiest moments, and whether or not they’ve ever dated (or would they?).

The besties are natural pros when it comes to hot takes, entertaining storytelling, and banter, which explains why their massive followings keep wanting to hear more from them every week. In fact, the idea of creating We Said What We Said as a podcast resulted from the demand of their fans, as well as the freedom of the medium’s lengthy format.

“We’ve always wanted a podcast — a lot of people have been asking,” Dion told Paper in a past interview from 2020. “I guess people just like hearing us talk and they wish there was more, and 30 minutes of audio works better than 30 minutes of video and audio. You can listen to a podcast while working out, cleaning, cooking.”

Ahead of the second season premiere on Spotify, watch an exclusive video sneak peek of what to expect from Thompson and Dion, below.