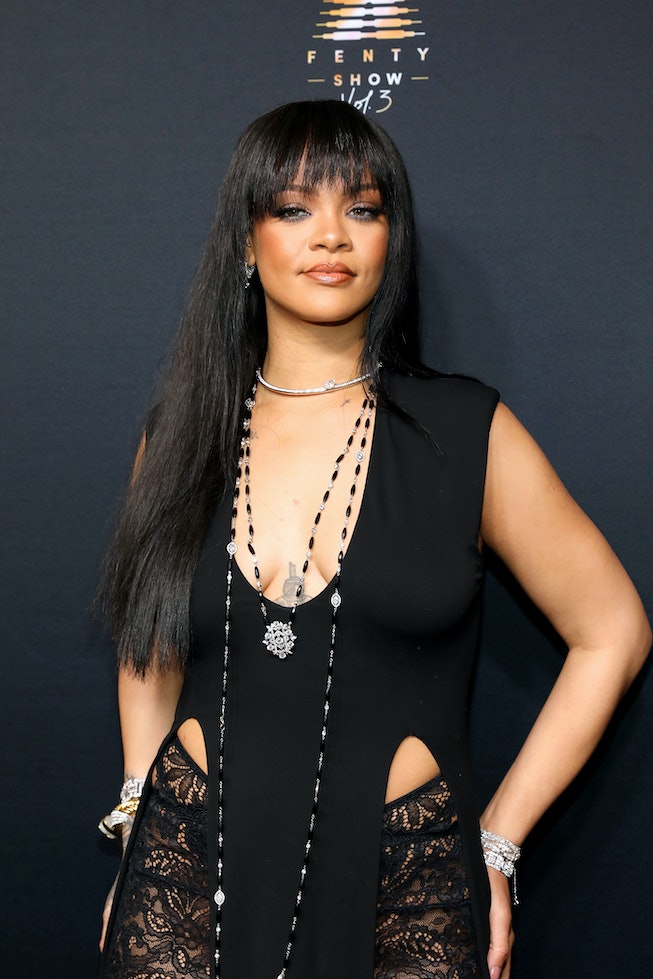 Rihanna, as we know, is good at everything. From musi, to makeup and fashion, the Fenty mogul has proved time and time again that there is no task she can’t conquer. Her latest feat? Crafting the perfect costume for Halloween.

This year the singer dressed up as “Drip Too Hard” rapper Gunna, in his now-infamous New York Fashion Week ensemble. Just a month ago he was spotted — and largely roasted — for his eclectic, all-black look. Rihanna, however, successfully flipped the script by recreating the outfit to everyone's delight.

She posted a photo of the costume last night, with the same caption Gunna used in his initial outfit reveal. In it she’s seen wearing a sheer long-sleeved shirt under a leather vest, paired with black shorts, tall Rick Owen boots, wide-brimmed sunglasses, and a cluster of flashy chains. Her outfit was a flawless rendition of the original, but Rihanna even nailed Gunna’s aloof poses and hand gestures to complete the look.

Almost immediately after posting, Rihanna’s comment section flooded with amusement. City Girl rapper Young Miami wrote, “Why am I screaming, I love you omg.” Meanwhile rapper Anderson Paak commented, “this what I was waiting for,” while singer Tierra Whack chimed in to ask, “why do you play?”

It wasn’t long before Gunna saw the photos as well, and gave his two cents. He was a good sport and commented “Nawww U OVERLY WON 🙌🏽,” under the photo set before posting it to his Instagram story. Despite the refreshing response to Rihanna donning the outfit, he did not experience much praise for pulling it together. When he posted the look, many people were confused and joked that it was “dripless.” Podcaster Joe Budden even took part, saying, “I’m [sic] don’t wanna hear a word about my outfits ever again.”

Gunna reportedly works with celebrity stylist Bobby Williams to craft his outfits, but according to Complex, the rapper insists he has full control over the final product. Despite what anyone else thinks, fashion seems to be top-of-mind for Gunna who takes pride in creating unexpected ensembles. In 2019 he opened up to GQ about his evolving fashion sense. “Everybody’s not gonna like what I wear, but a majority of people are,” he said. “Everyone’s not gonna understand what I wear because they don’t shop where I shop.”

The public may have doubted him at first, but now that Rihanna’s modeled the look, we may all owe him an apology.