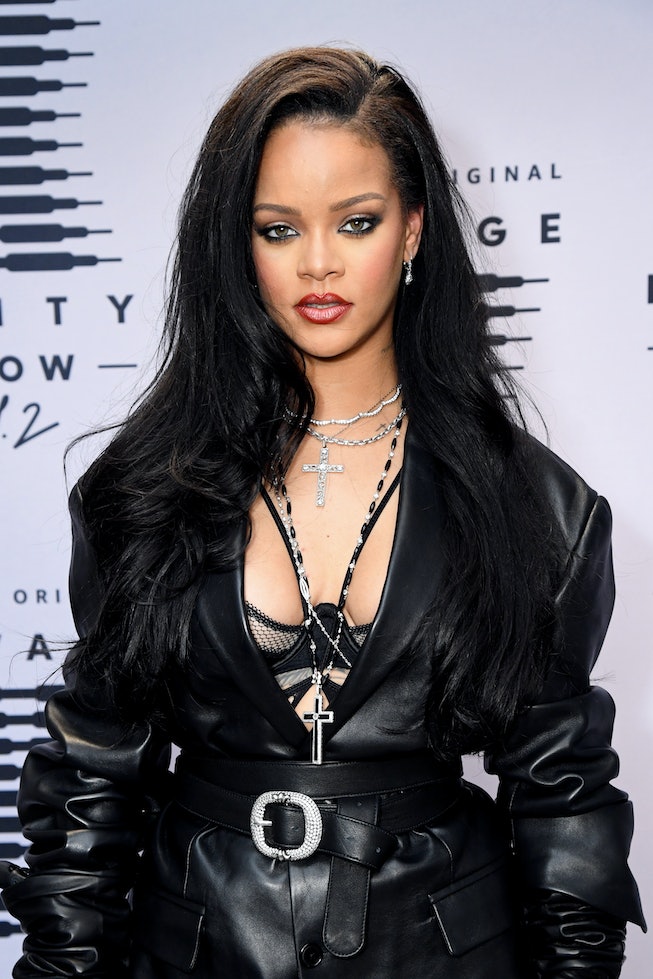 Rihanna has responded to the news that she’s a billionaire, mostly thanks to her Fenty Beauty brand, with three simple words: “God is good.” Paparazzi asked the 33-year-old self-made mogul how she felt about the news, and that’s all the Anti singer had to say.

Rihanna has joined the billionaire’s list, according to a new report by Forbes. Rihanna’s net worth in 2021 is $1.7 billion, Forbes estimates, making her the wealthiest female musician in the world, and second only to Oprah Winfrey as the richest female entertainer.

The bulk of Rih’s fortune, as diehard fans waiting on her next album might guess, does not come from the music that first endeared her to the world. Rather, an estimated $1.4 billion of it comes from the value of Fenty Beauty, of which she owns 50 percent. (The other half of Fenty Beauty is owned by French luxury goods conglomerate LVMH — run by Bernard Arnault, the second-richest person in the world).

The game-changing beauty brand was launched in 2017 with the intention of making “women everywhere feel included.” Clearly, it’s done that and more, given its sky high valuation and influence on the cosmetics industry at large. When Fenty first launched, it was one of the only beauty brands to have an inclusive range of foundation shades — over 40 tones — and its runaway popularity has caused other brands to follow suit.

The rest of Rihanna’s money lies in her stake in her size-inclusive lingerie line, Savage x Fenty, worth an estimated $270 million, in addition to her earnings from her music career and acting gigs.

Most recently, Rih has been spotted out and about in New York City with beau A$AP Rocky, filming music videos and getting carded at Barcade together.