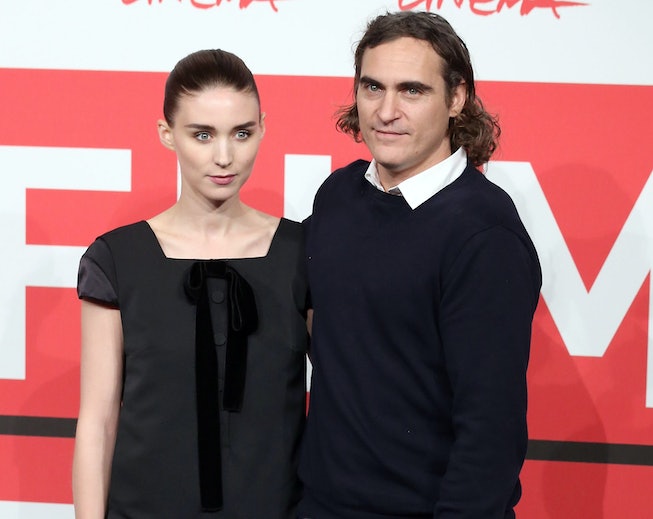 Photo by Elisabetta A. Villa/WireImage

Rooney Mara and Joaquin Phoenix have reportedly had their first child together. The actor couple had a baby boy, naming him River, after Phoenix's brother who died in 1993.

Neither Mara, 35 nor Joaquin, 45 have confirmed the news that they were even expecting a baby, which tabloids first reported in May, and the couple has similarly excused themselves from discussing their relationship with media. However, Victor Kossakovsky, who directed a documentary, Gunda, that was executive produced by Phoenix and Mara, announced the news of baby River at the Zurich Film Festival during a Q&A on Sunday. According to The Cut, when asked about Phoenix's involvement in the film, Kossakovsky said, “He just got a baby, by the way, his name was … a beautiful son called River, so he cannot promote now.”

River starred in films like 1986's coming-of-age classic Stand By Me and 1991's My Own Private Idaho. He died in 1993 of an accidental drug overdose in West Hollywood, at the age of 23. During his Oscars acceptance speech for his role as the Joker earlier this year, Joaquin mentioned his brother River, saying, saying, “When he was 17, my brother wrote this lyric. He said, ‘Run to the rescue with love, and peace will follow.’”