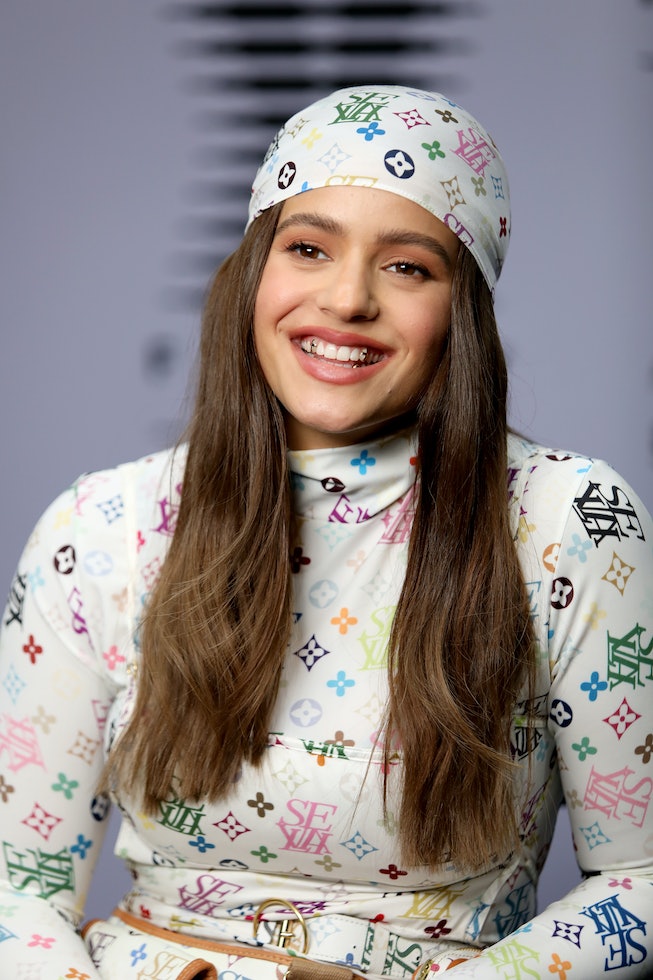 Let the countdown begin! Spanish singer Rosalía has finally announced her third studio album, Motomami, with a saucy butterfly-themed teaser. The Grammy-winning singer posted the video to her Instagram and Twitter accounts with the caption “Co🦋ing soon,” and noted the album would be released in 2022.

In just seventeen seconds, we see Rosalía quickly intercut between two contrasting backdrops. The first is an all-white set with a butterfly overlay, that she parades around while wearing black stilettos. The second is a pitch-black background that she dances in front of, covered in red glitter from head to toe. As the striking images flip back and forth, a sneak-peek of the album's potential title track “Motomami” plays in the background.

This album comes after a four year hiatus, following the 2018 release of her groundbreaking record El Mar Querer. The 11-track album earned her four Latin Grammy awards for “Album Of The Year,” “Best Recording Package,” “Best Engineered Album,” and “Best Contemporary Album” in 2019. The following winter El Mar Querer won a US Grammy for “Best Latin Rock or Alternative Album” as well.

Since then, Rosalía has released numerous popular singles, all of which have gained critical acclaim and millions of streams world-wide. After the song “TKN featuring Travis Scott” went viral on TikTok, the singer became a fan favorite for anyone who loves dance-beats and catchy melodies.

With her music career in full-swing, Rosalía has partnered with Mac Cosmetics as well. Last month she announced a collaboration with the makeup line, which is currently in stores and available to purchase. The “Auie Cuture” collection emulates her signature “natural glam” performance-look with an array of red-hued lipsticks, shimmery eyeshadows, and shiny nail-lacquers to choose from.

Though we may not have a release date for Motomami just yet, at least we can channel the Spanish-singers effortlessly-cool vibe with her new products. While we wait for updates, catch up on her last three albums on any streaming platforms, and watch the full teaser for Motomami below.