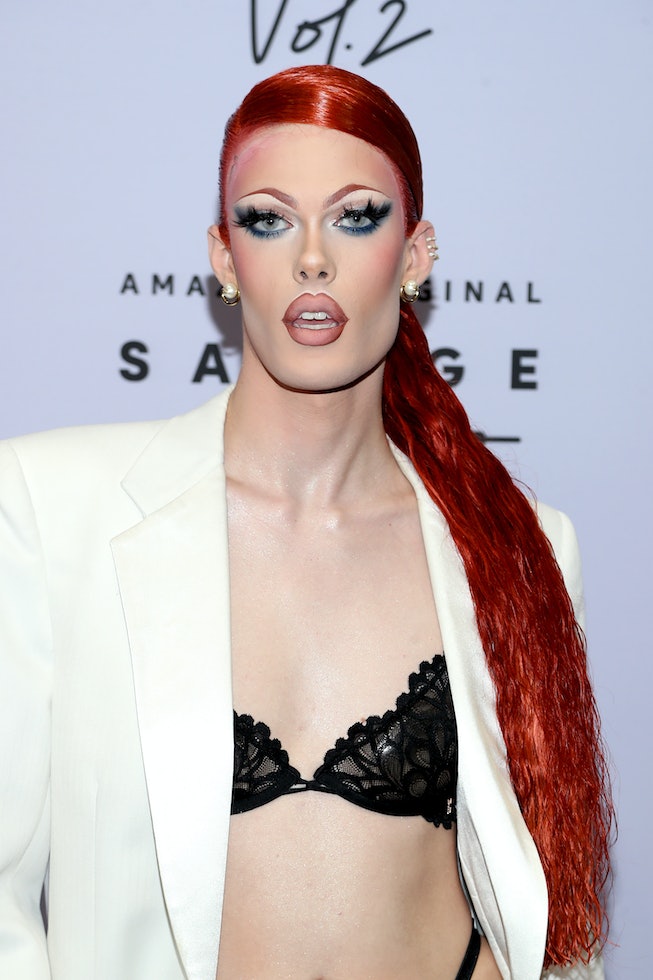 Gigi Goode of RuPaul’s Drag Race came out as trans-nonbinary in a video shared on Instagram on Sunday, August 29. The drag queen and season 12 runner up reportedly began her transition earlier this year. Now, while recovering from facial feminization surgery, the performer (who uses she/her pronouns) decided to open up about the experience.

“Around eight months ago in January, right at the beginning of the year, I decided to begin the process of hormone replacement therapy,” she said in the video. “Which for those of you who don’t know, is the process of taking estrogen and testosterone blockers, depending on the person, as a means of bringing in the woman and pushing out the man.”

Goode shared that she decided to transition during the 2020 lockdown, largely due to the amount of time she had to contemplate her identity. “I think that this whole pandemic, leading up to that January point when I made that decision, was so crucial to me,” she said. “It gave me a lot of time to think and reflect.”

Goode’s season of Drag Race aired during the pandemic, and on the show Goode identified differently. “On Drag Race, which is now almost two years ago — which is insane — I came out as genderfluid, which I still very much identify with. I’d say I’m leaning more towards the nonbinary side of that,” she explained.

Typically after a season of Drag Race, the series stars travel around the country to promote the show. However, the pandemic forced everyone to stay home, providing Goode with ample time to contemplate her decision. “I think that if the world hadn’t shut down, and I was going on tour I really wouldn’t have been able to process it further,” she said.

Goode also shared that watching HBO’s series Veneno — which follows the true story of the famous Brazilian trans singer, Cristina Oritz — contributed to her decision. The series features an all-trans cast which, according to Goode, “completely opened my mind up to who I am and who I’m supposed to be.” “And to me,” she added, “that’s a trans nonbinary person.”

Now Goode is in the process of legally changing her name to Gigi, which she says has been a “long, strenuous process.” Thankfully the drag star has the support of her friends, fans, and family, as she completes her transition.

After posting her video — which is full of positive comments — Goode tweeted, “Feeling all the love today. Thank you so much.”

RuPaul's Drag Race has featured several transgender queens, at different points in their transition journeys: Peppermint was the first transgender woman to compete in season 9, and Gottmik was the first transgender man in the most recent season 13; Season 4 queen Jiggly Caliente came out before returning for all stars season 6; season 6 icon Laganja Estranja recently came out as trans; and Gia Gunn competed on season 6 before returning as a trans woman on season 4.