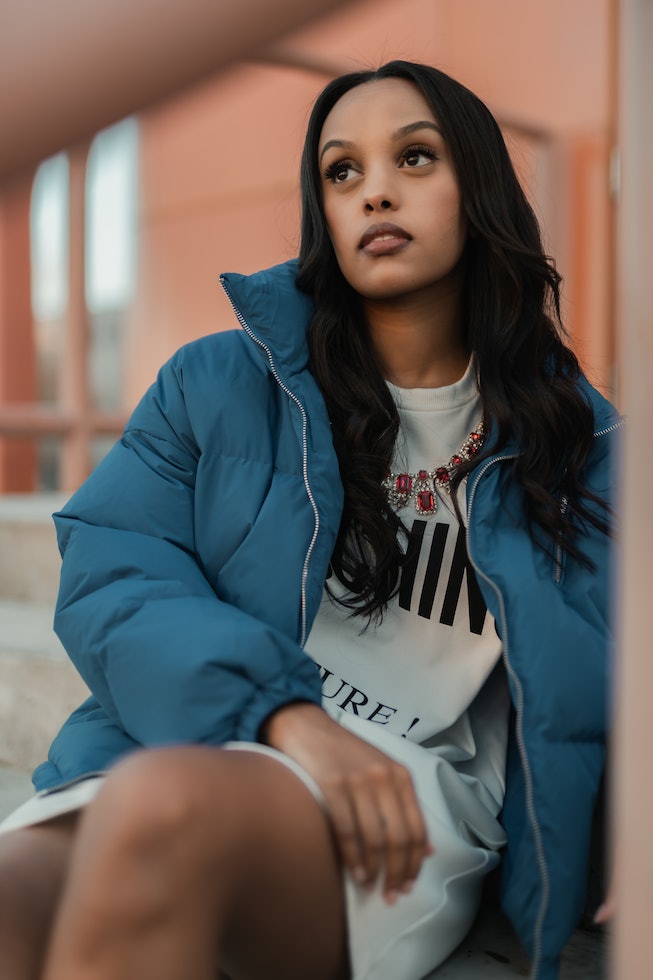 Nearly four years after her debut record Safe Haven, Vine star and musician Ruth B is finally preparing to share its follow-up Moments In Between, out June 11 via Downtown Records. In its lead up, she’s shared “Situation,” a warm R&B track about parsing the finer details in a situationship.

Now, she’s premiering the second single “Die Fast,” on NYLON. It’s a bubbly, bass-heavy pop song that feels like a funkier, updated version of that Regina Spektor-esque breezy sound. And though it’s got a menacing title, “Die Fast” is a complicated, sweet song about wanting to move on from someone, but their love having too much of a hold over you. “We always end up running back to each other, like we love to suffer,” she sings.

“‘Die Fast’ is about trying so hard to lose love for someone but being completely unsuccessful,” the artist writes in an email. “The song started as a super slow, mellow song, but as we kept working on it, naturally, it evolved into this up-tempo, fun song. My favorite songs are always the ones with sad lyrics but happy music. I love the juxtaposition of it.”

Ruth worked with producers Justin Raisen and Doug Schadt for the record, who’ve produced for artists like Angel Olsen and Maggie Rogers, respectively. Watch “Die Fast” below, and see the full dates for Ruth B’s upcoming Global Digital Tour, below.