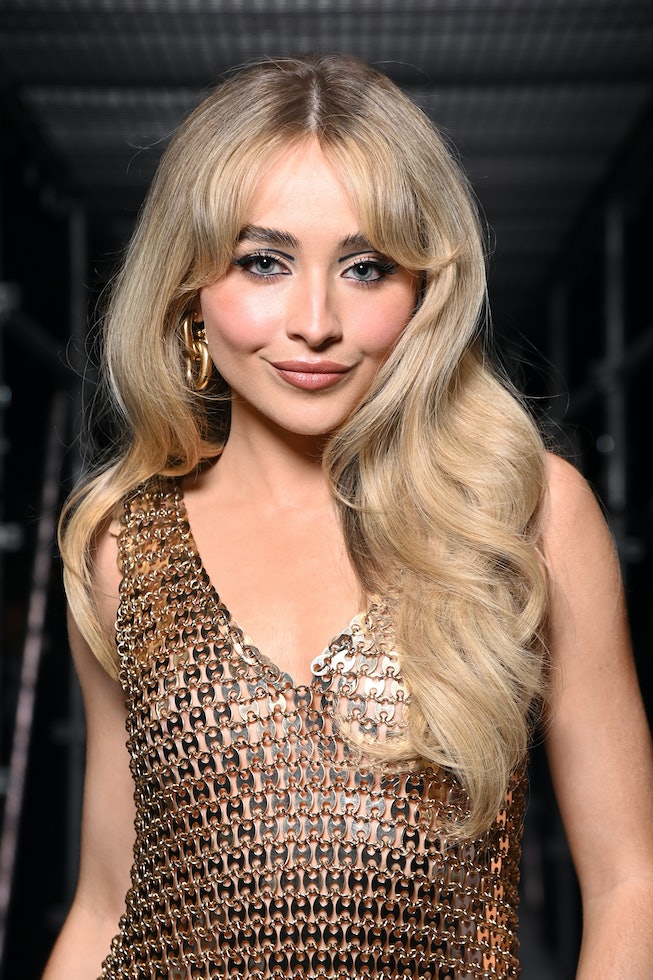 The “Drivers License” love triangle can finally be put to bed. One year since the arrival of Olivia Rodrigo’s breakout, drama-inciting song, Sabrina Carpenter — the alleged “blonde girl” — has finally shared her side to the story, and is hoping to see an end to all of the speculation once and for all.

If you happened to miss what went down last year, Olivia Rodrigo’s “drivers license” blew up in large part due to a rumored real-life love triangle the song was reportedly based on. Fans of the singer believed that the song was written about Rodrigo’s HSMTMTS co-star Joshua Bassett, and that the “blonde girl” — whom the song insinuates is the girl Bassett began dating after Rodrigo — referenced in the song was Carpenter. Though all three actors never directly addressed the rumor or love triangle, Bassett and Carpenter were still bombarded by angry fans and with messages on their social media in the immediate aftermath.

Months later in an interview, Bassett revealed that the immense backlash and extreme stress from that time actually caused him to go to the hospital for heart failure and to undergo surgery. Carpenter, on the other hand, has stayed much more mum on the topic. Shortly after the release of “drivers license,” she shared a song, “skin,” which fans interpreted as a diss to Rodrigo with its lyrics, “You can try to get under my, under my, under my skin,” though Carpenter later told Billboard that the song was inspired by “plenty of other experiences.”

However, now, Carpenter’s sharing her side to the story much more directly on a new track, “because i liked a boy,” off her latest album emails i can’t send, out now. Though she doesn’t name any names, the track’s lyrics can’t be any clearer about its subject matter as she recounts how she and Bassett met, the innocent nature of the relationship, and the cruel death threats and messages she later received. At the end, the song puts into perspective just how blown-up a highly private affair between three people became, and poses the important question to the listener if any of it was at all worth it.

The song starts off reminiscing about the sweet beginnings of Carpenter and Bassett’s rumored relationship, involving Thin Mints and cuddling on a trampoline. “Fell so deeply into it/ It was all so innocent,” she sings. On the hook, the tone of the song changes to highlight the insults that were thrown her way during the aftermath of “drivers license.”

On the second verse, Carpenter seems to allude to Bassett’s heart failure from 2021, further cementing that the track is about the three of them. “I’m not catastrophizing, everything’s derailing/ Was only tryna hold you close while your heart was failing. It’s not internet illusion, just two kids going through it/ You said I'm too late to be your first love, but I’ll always be your favorite.”

Later on the song, as a cheeky aside to the pre-chorus, Carpenter adds the new lyrics, “Dating boys with exes/ No, I wouldn’t recommend it.” Finally, she closes the song by contemplating on the immense emotional damage that was dealt to all parties as a result of an innocent relationship.

It’s a poignant end to a track that puts into perspective the real-life damage that occurs at the hands of faceless strangers on the internet. Already, its message is resonating with fans as they reflect on how unhinged that time period was. “Man this song really shows how song writing can be such an outlet,” one commenter on YouTube writes. “It gives a lot of insight into how dumb that whole ordeal was.” On Twitter, user @swiftieuaena remarks, “wishing de@th on people over a teenage breakup is just baffling to me. y'all owe Sabrina Carpenter and Joshua Bassett a HUGE mf apology.”

At the end of the day, Carpenter’s song highlights just how low the stakes are for any sort of private celebrity drama — and how it’s not the business of fans to get involved — especially if it’s pertaining to a boy. Carpenter might’ve waited a year to share her story, but now, let’s hope it finally closes the door to the nonsense.