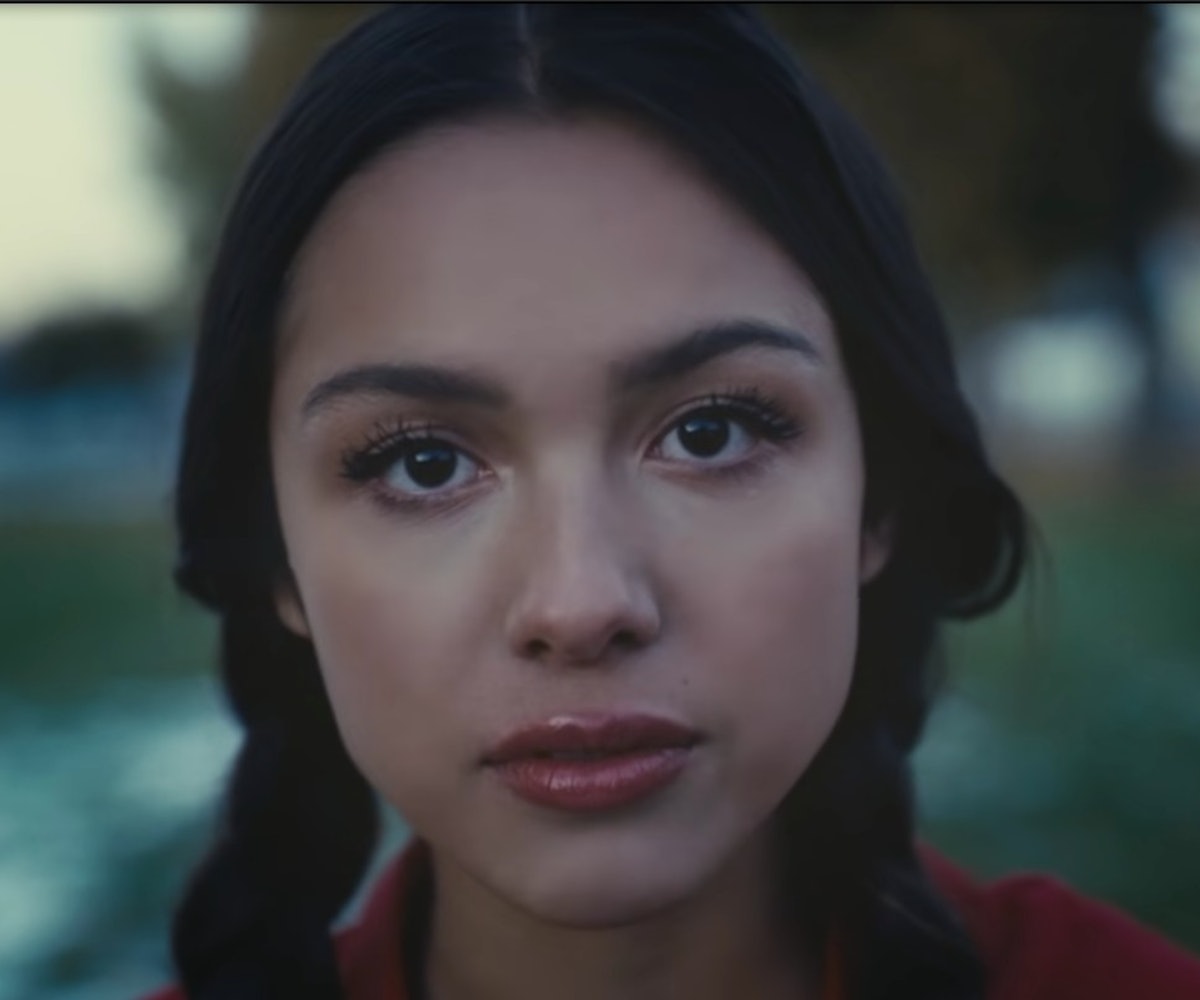 "Drivers License," singer and actress Olivia Rodrigo's breakout single about losing love and, um, getting your driver's license has sped up to the coveted, number one slot on the Billboard Hot 100. The yearning track's success has baffled many a listener, especially those who happen to be over 20 years old. But the forces behind the song's quick and rapid ascent are more mundane than one may think; "Drivers License" success was the perfect brew of Gen Z fodder: alleged Disney+ dating drama, the TikTok viral machine, and Taylor Swift's blessing.

Rodrigo was cast on Disney+'s extremely meta High School Musical: The Musical: The Series, where she's rumored to have met and began to date her co-star Joshua Bassett. Like all Disney romances of yesteryear, Rodrigo and Bassett's fling fizzled out sometime over last summer; the drama really turned up when Bassett began dating another Disney starlet, Sabrina Carpenter.

With this baked-in fanbase and love triangle dating rumors, the song was set up for some success. But then TikTok entered the equation. "Drivers License" did huge numbers on the app, and got the Charli D'Amelio co-sign almost immediately. And at the time of writing, the song has soundtracked over a million videos.

These days, popularity on TikTok is an all but instant funnel into the Billboard charts, but what sets "Drivers License" apart from its contemporaries is yet another seal of approval from an industry giant: Taylor Swift. No one's cornered the market on confessional writing quite like Swift, and Rodrigo counts her as one of her music inspirations. "Drivers License" debuted right under Swift's Evermore bonus tracks on the iTunes charts on January 8, which only turned more surreal as Swift congratulated the 17-year-old. “I say that’s my baby and I’m really proud,” she wrote.

The song's impact is only just beginning in terms of numbers, and well-loved drama — Bassett's own single "Lie Lie Lie" debuted on January 14, which seems perfectly crafted to fan the flames of relationship theories. Rodrigo acknowledged her ascent to the top with an emotional tweet; "number one on the billboard charts truly cannot believe this is real life," she wrote among a swirl of crying emojis. "thank u thank u thank u."

NEXT UP
Entertainment
Olivia Rodrigo Hinted At New Music In 2023
Entertainment
RM's "Yun" & 9 Other New Songs Out This Week
Entertainment
Caroline Polachek Announces Album ‘Desire, I Want To Turn Into You’
Entertainment
Precious Pepala Is Going From TikTok Covers To Her Own Resonant Songs