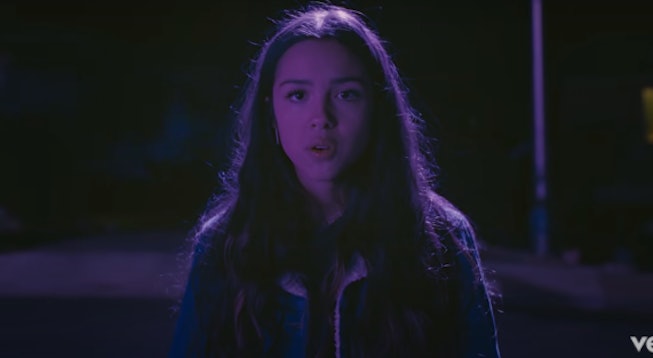 A popular song about yearning is a dime a dozen, but a song about yearning and getting your driver's license? Now we're cooking with gas! It's the very literal premise for the song "drivers license" by 17-year-old Olivia Rodrigo, which is on its way to being the first major hit of 2021. It's doing major numbers. On January 11th, the song set the Spotify record for most streams in a day for a non-holiday song with over 15.17M global streams. On January 12th, the song continued to beat its own record with over 17.01M streams.TikTok queen Charli D'Amelio has already danced to it! But the question on everyone's (re: everyone over the tender age of 24) lips is, who is Olivia Rodrigo?

Like most of pop's major players, Rodrigo is a byproduct of the Disney industrial complex. She's one of stars of Disney+’s High School Musical: The Musical: The Series, and she allegedly had a secret fling with her co-star, Joshua Bassett. Things allegedly ended between Rodrigo and Bassett around May 2020, and it wasn't long until Bassett began dating another Disney starlet, Girl Meets World's Sabrina Carpenter.

The IRL love triangle fodder unfortunately perfectly fits into Rodrigo's lyrics, and fans have gone wild further dissecting the relationship. Rodrigo sings about her former lover's new flame ("And you're probably with that blonde girl / Who always made me doubt / She's so much older than me) and in case you didn't know, Carpenter has flowing blonde locks and is four years Rodrigo's senior at 21-years-old.

The plot thickens: Bassett is releasing his own single on January 14, called none other than "Lie Lie Lie." With so much lyrical angst and real life drama brewing, it's clear the "drivers license" saga has only just begun.