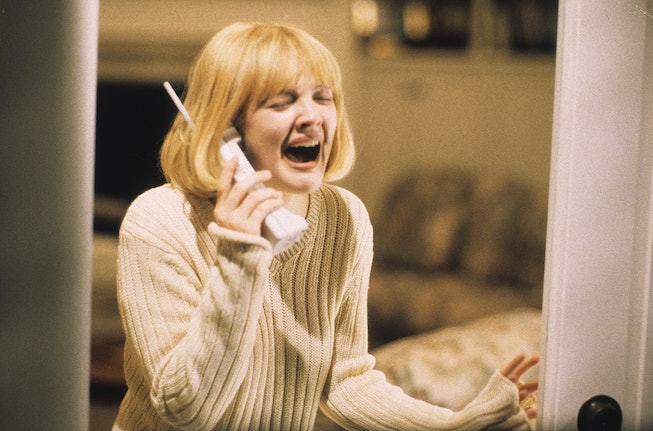 We as a society are heading back to the place where it all began: Woodsboro, California. The small, fictional town was the backdrop for the iconic 1996 horror film Scream, and come 2022 it will head back into the spotlight with the highly-anticipated release of the franchise's fifth installment, Scream.

Yes, the fifth film is going back to its roots with the title, which probably means that we're going deeper into the self-referential Scream mythology than ever before. It begs the question: Do you like scary movies? Along with the original franchise title, the forthcoming film will also bring back Woodsboro's finest including Neve Campbell, Courtney Cox, and David Arquette.

Scream will be co-directed by Matt Bettinelli-Olpin and Tyler Gillett. The duo were behind the 2019 campy class warfare horror flick, Ready of Not, which feels like the right step into filling the late and great Wes Craven's directorial shoes. Bettinelli-Olpin chatted with Collider on what to expect from the fifth installment and pretty much promised to scare the hell out of the audience.

"If something’s truly scary, it’s just going to be fucking scary and that’s our aim," he explained. "And that’s something we learned from Wes Craven going all the way back to Last House on the Left. Nightmare on Elm Street was probably one of the first horror movies any of us saw that truly scared us in a major, major way seeing that as a kid. When it comes to that kind of thing, I think that’s one of our main goals is just to make sure that the scary is scary and not try to be gentle about it."

Scream screenwriter Kevin Williamson announced that the film officially wrapped production on November 18 and would be hitting theaters on January 14, 2022. "Nearly 25 years ago, when I wrote Scream and Wes Craven brought it to life, I could not have imagined the lasting impact it would have on you, the fans," he wrote in a heartfelt post including behind the scenes photos. "I’m excited for you to return to Woodsboro and get really scared again. I believe Wes would’ve been so proud of the film that Matt and Tyler are making. I’m thrilled to be reunited with Neve, Courteney, David and Marley, and to be working alongside a new filmmaking team and incredible cast of newcomers that have come together to continue Wes’s legacy with the upcoming relaunch of the franchise that I hold so dear to my heart."