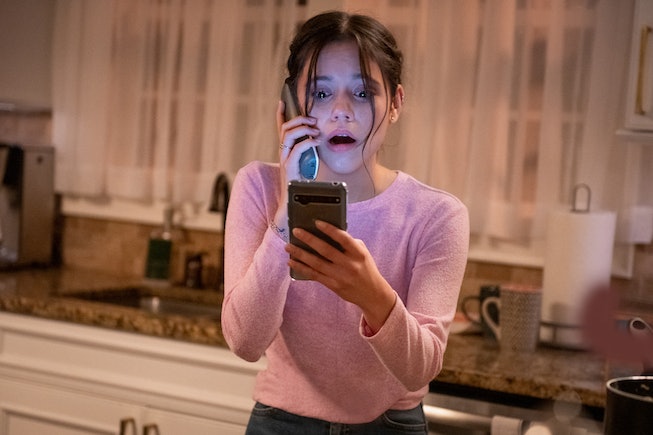 Scream is the horror gift that just keeps on giving. Following the highly successful, Jenna Ortega-starring reboot of the beloved ‘90s franchise that’s currently in theaters, a sequel to the reboot (it’s 2022, this is what we do now!) has already been announced.

The new sequel, from Paramount Pictures and Spyglass Media, is currently in the works, Variety reports. No word yet on what the film, which will be the sixth installment of Scream, will be called, but Matt Bettinelli-Olpin and Tyler Gillett will return to direct.

The newest Scream, which opened in theaters last month and has since grossed more than $100 million at the box office, returned to the quiet town of Woodsboro, where a Ghostface mask-wearing killer terrorizes a group of unsuspecting teenagers. The take on the Wes Craven classic brought back several of the 1996 film’s original stars, including Marley Shelton, Courteney Cox, David Arquette, and Neve Campbell. In addition to Ortega, new stars included In The Heights’ Melissa Barrera, 13 Reasons Why’s Dylan Minnette, and Jack Quaid.

In the newest Scream, Ortega plays high school student Tara, sister to Melissa Barrera’s Sam. The actress spoke highly of her time on the Scream set, telling NYLON, “Horror sets are the most fun sets you’ll ever be on. I feel like people who work on horror typically are fans of horror. They love it. They live for it. They have all the best film references. It’s pure entertainment. You’re not trying to overly impress anybody. You’re just trying to give people good time.”

Of meeting the OG Scream cast, she added, “I remember seeing Neve, Courteney, and David together for the first time, and I think I said three words the entire time because I didn’t want to look like a fool,” she says. “I was really intimidated. It made it feel like it was Scream, you know? They are the franchise.”

There are no plot details for the newest Scream installment yet, but it seems likely it will take place, again, in Woodsboro, and it’s highly unlikely we’ve seen the last of Ghostface’s mask.

NEXT UP
Culture
M3GAN S3QU3L Will Be Released January 2025
Culture
Scream 6 Trailer Brings The Nightmare To New York
Entertainment
See a First Look At Marisa Abela as Amy Winehouse In "Back to Black" Biopic
Culture
Loewe’s Howl's Moving Castle Collection Is An Anime Dream
Style + Culture, delivered straight to your inbox.