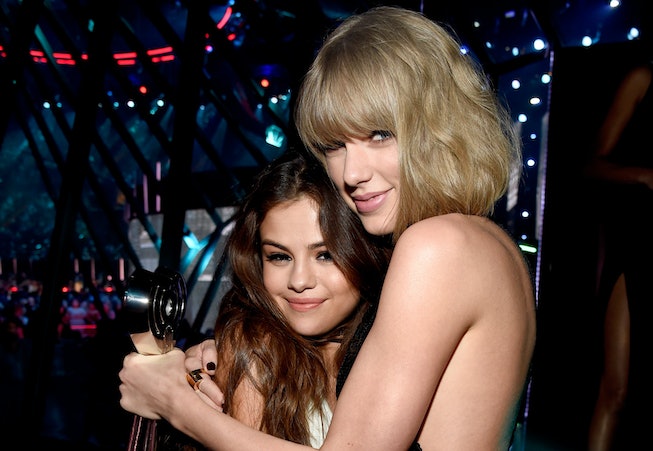 In case this year couldn't get any weirder, Selena Gomez accidentally announced that she's working on a new album during her guest appearance as an Animal Crossing Avatar on an Animal Crossing talkshow on Twitch. Is everyone keeping up so far?

The show in question is Animal Talking, and it takes place entirely in the hyper-adorable Animal Crossing: New Horizons world. Think of it as a traditional late night talk show, only extremely twee. The explosive popularity of the Nintendo game has led the way for host Gary Whitta to snag a slew of high-profile guests including Danny Trejo, T-Pain, and most recently Gomez.

The singer hopped on the show last night as a cherubic Animal Crossing character and talked music with Whitta, like her dream collaboration a little singer-songwriter by the name of Taylor Swift. “I’ve always dreamt of doing a song with Taylor. We both wanted to do that. It just feels like we’re family," Gomez explained. "She’s been my best friend. But we’ve talked about it for sure.”

As the show's musical guest, Gomez also performed her new track "Past Life" with collaborator Trevor Daniels, but the real scoop came when she accidentally revealed that she's already working on her follow-up record to this year's Rare. "Oh no! I don't know if I was supposed to say that," she lamented with a laugh.

It's a strange mix of cute and bizarre seeing Gomez use the classic Animal Crossing "reactions" for when she lets the news slip. 2020 get stranger everyday!