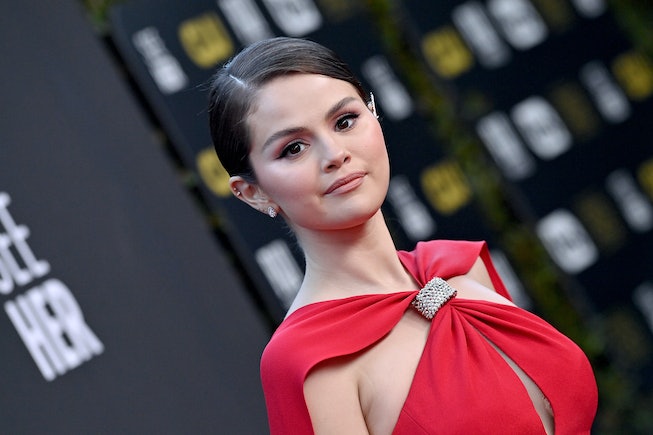 Selena Gomez may be one of the internet’s biggest stars, but she prefers to stay away from social media. Despite having over 300 million Instagram followers, the artist revealed that she hasn’t “been online” for the past four and half years.

Gomez appeared on Good Morning America to promote her new mental health company, Wondermind. During her discussion with reporter Juju Chang, she explained how leaving social media has improved her mental health. “It has changed my life completely,” she said.

As for her popular accounts, the artist said that her team manages them for her. Gomez helps curate content, but she’s not the one posting or engaging with other brands and fans. In turn, the setup has freed the artist from social media's often stressful side effects. “I am more present, I connect with more with people,” she explained. “It makes me feel normal.”

Despite being offline, Gomez is still one of the most influential people in the world, largely due to her transparency regarding various physical and mental health struggles. Now the “Lose You To Love Me” singer is using her platform to encourage others to prioritize their own well-being.

Gomez’s latest project, Wondermind, is described as a “mental fitness program.” The company was co-founded by the singer, her mother Mandy Teffey, and their business partner, Daniella Pierson. Together they launched the platform, which provides users with daily tools and activities that can be used to strengthen their mental health.

“Even if you see a therapist (which is amazing), you still need to work on yourself between sessions,” the website explains. “You wouldn’t expect physical fitness results seeing a trainer only once in a while would you? That’s what Wondermind is here for – to give you easy, doable ways to put your mental fitness first every single day.”

Gomez was diagnosed with bipolar disorder and anxiety, which were both heightened by fame. During the interview, she stressed the importance of prioritizing your mental health above all else. I can’t believe that I’m where I am mentally, just because of how I took the necessary steps in order to kind of remove myself from that,” she said.

“If I’m known for anything, I hope it’s simply just for the way I care about people,” she continued. “I really really want people to be understood and seen and heard. Those days where I don’t want to get out of bed, if I had something like Wondermind — even if it took me a minute to get into it — it’s just there, and there’s something really comforting about that.”