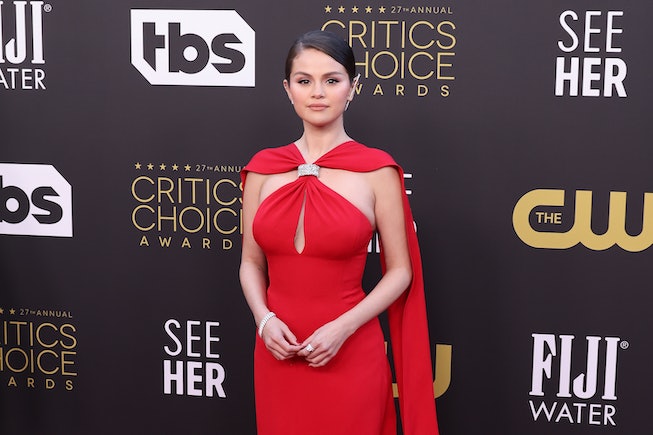 John Hughes’ cult-classic 1984 film Sixteen Candles is getting a modern television reboot, courtesy of Selena Gomez. The Only Murders In The Building star is set to co-produce the project with actress Tanya Saracho and director Gabriela Revilla Lugo. Together, the trio is reimagining the nostalgic tale for a modern, latinx audience.

Hughes’ rendition of Sixteen Candles starred Molly Ringwald as Samantha, an angsty teenager on the brink of her sixteenth birthday. Gomez’s iteration is a single-camera comedy that follows four young Latina girls who have just started high school. According to the official synopsis, the teenagers “overcome their feelings of invisibility while exploring what it means to leave childhood behind through the lens of a traditional female coming-of-age rite: the quinceañera.”

The project, though still in early development, is expected to shine a light on Latinx-American culture and comes from a diverse team of creators. Deadline reports that Saracho, working under Ojalá Productions, and Lugo, are both writers and executive producers on the series. Christine Dávalia, who also comes from Ojalá, is joining the team as a co-executive producer as well. Meanwhile, Gomez rounds out the crew as a producer who is working on the project for her own company, July Moon Productions.

Saracho is a playwright and television writing alumna, who most recently served as the showrunner and executive producer on the Starz drama, Vida. According to Deadline, she also co-founded the Untitled Latinx Project, whose mission is to “increase Latine representation in TV, broadcast, cable, and streaming platforms through content created by Latine writers.” The Untitled Latinx Project also co-founded the Writers Access Support Training program, which works towards increasing representation and writing opportunities for underrepresented communities.

Deadline reports that Lugo was recently accepted into WGA’s showrunner training program, and is working with Saracho on crafting a think-tank for her Latinx television series, Brujas. With these women on board, it’s safe to say the Sixteen Candles reboot is in excellent hands.