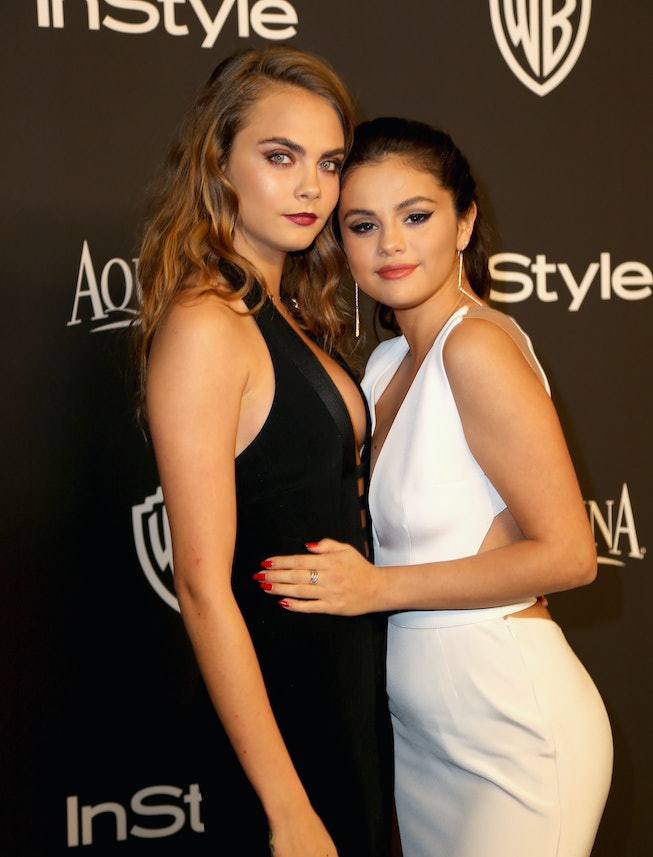 Cara Delevingne is taking her acting career to new heights. The supermodel has officially joined Hulu’s latest hit series, Only Murders In The Building, and will appear as a series regular in season 2, starring alongside Selena Gomez, Steven Martin, and Martin Short.

Delevingne will play Alice, the love interest to Gomez’s Mabel (Delevingne and Gomez are also long-time friends in real life).

“It was amazing to have the two of them know each other and feel comfortable,” showrunner and series creator John Hoffman told Vanity Fair. “It’s a little sparky in all the right ways that makes you feel like, Oh, someone’s opening someone’s world.”

The whodunit show follows three true crime lovers (Gomez, Martin, and Short) who all live in the same apartment complex in Manhattan. When a suspicious death takes place in their building, they team up to solve the case and document it all on their podcast, Only Murders In The Building. Whilst playing detective the trio finds themselves embedded in a mystery far bigger than they anticipated.

Season one of Only Murders did very well for the streamer. According to Deadline, it’s Hulus most-watched original comedy. The series, created by John Hoffman and Martin, received a 100% rating on Rotten Tomatoes, and was renewed in September before season one concluded.

Delevingne began acting in 2012, and played Princess Sorokina in director Joe Wright's romance film, Anna Karenina. Since then she’s racked up a plethora of film credits, most notably starring in Paper Towns which was adapted from the John Green novel of the same name.

In Only Murders In The Building Delevingne will play the role of Alice, an art-world aficionado who finds herself entangled in the murder mystery in season two. Filming and premiere details have yet to be released.

While we wait for details, Delevingne is keeping busy working with Orlando Bloom on season two of Amazon Primes’ Carnival Row. Per the log-line the show follows a detective (Bloom) and fairy (Delevingne) who join forces in a war-torn Victorian society. Carnival Row originally premiered in 2019, and has been on a hiatus since then. Thankfully the two shows happen to begin filming at separate times this year, allowing Delevingne to star in both.