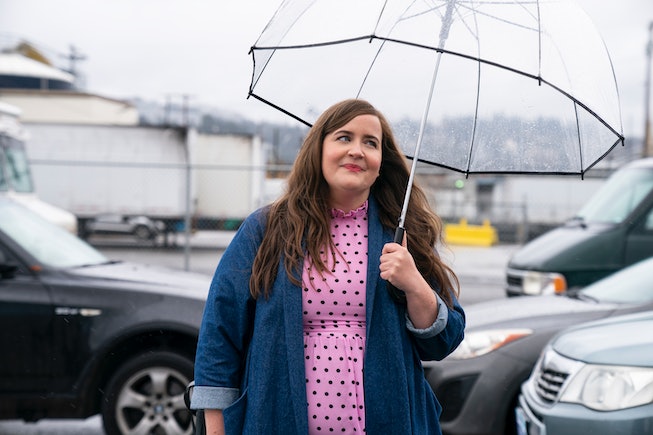 Hulu dropped the first teaser for the third and final season of Shrill today, premiering on May 7. Season 2 closed out with a breakup, and Annie (Aidy Bryant) considering a relationship between herself and her best friend's younger brother, Lamar (Akemnji Ndifornyen). In the trailer, Annie does lots of your typical post-breakup activities: riding ATVs, having imaginary arguments in the car, and having awkward hookups.

The show, based on Lindy West's Shrill: Notes From A Loud Woman, will end after its eight-episode third season, which wrapped filming in Portland, Oregon in the fall. Watch the full teaser, below: