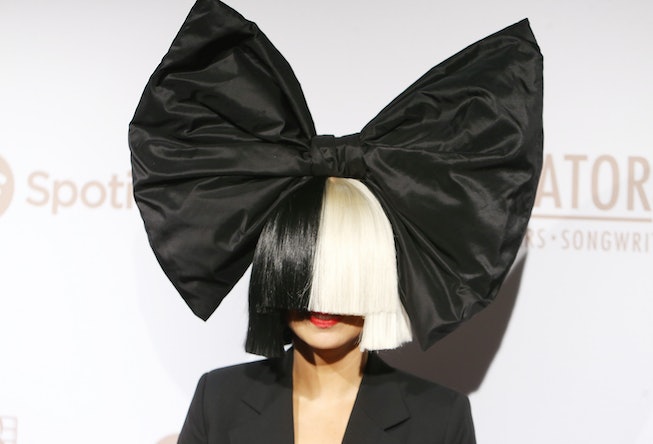 Sia is singing a different tune. After fervently defending her debut movie Music against members of the autism community, who criticized her casting of non-autistic dancer Maddie Ziegler as the film's titular non-verbal person, among other things, Sia has publicly apologized.

"I promise, have been listening. The motion picture MUSIC will, moving forward, have this warning at the head of the movie," she began. “MUSIC in no way condones or recommends the use of restraint on autistic people. There are autistic occupational therapists that specialize in sensory processing who can be consulted to explain safe ways to provide proprioceptive, deep-pressure feedback to help w meltdown safety.”

The warning was directed at Music's restraint scenes, which Sia promised to remove from public screenings of the film. “I plan to remove the restraint scenes from all future printings," she explained. "I listened to the wrong people and that is my responsibility, my research was clearly not thorough enough, not wide enough.”

She also tweeted a simple "I'm sorrry," which is a full 180 degree turn from her original response to the angered autism community: “Grrrrrrrrrr. Fuckity fuck why don’t you watch my film before you judge it? FURY.” Sia has since deactivated (or deleted) her Twitter account.

Sia's comments come after Music was nominated for the Golden Globe for Best Motion Picture in a Musical or Comedy, with Kate Hudson snagging the nomination for Best Actress.

NEXT UP
Culture
The Madonna Biopic Is Being Scrapped
Entertainment
19 Niche Music Festivals For Every Type Of Person
Culture
Kaia Gerber Won’t Stop Until She’s Cast As Patti Smith In A Biopic
Culture
The 2023 Oscar Nominations Full List Is Here
Style + Culture, delivered straight to your inbox.