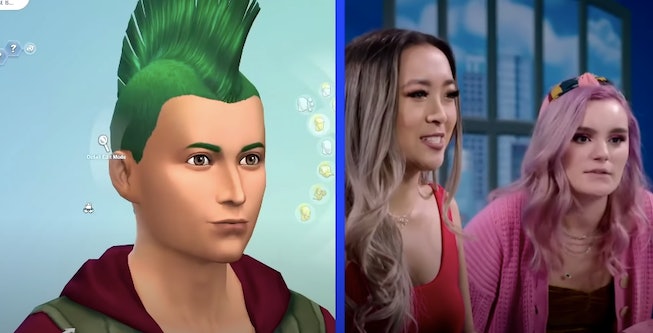 In case you haven't heard, the future is now. The Sims, the wildly popular life simulation video game, is set to get the reality show treatment. The Sims Spark'd will have contestants vying for a $100,000 prize by completing challenges in the virtual world. This won't be a run-of-the-mill "trapping your Sim in the pool" type of ordeal. Competition will be fierce as each of the 12 notable contestants from The Sims online community specializes in a unique element of The Sims 4 gameplay: character design, home building, and story. Anything's possibly in the virtual world.

Per Variety, the four episode show premieres July 17 and will launch on TBS under Turner Sports’ ELeague esports and gaming entertainment brand, as well as on BuzzFeed Multiplayer, which covers gaming, cosplay and game culture.The Sims Spark'd recruited veteran TV producer Richard Hall, who previously worked on The Amazing Race, to aid with the series' production and ideally pump up the drama. Funnily enough, the virtual reality competition was shot pre-pandemic at the EA Broadcast Studio in Redwood City, California in late 2019 and not on Zoom. Life comes at you fast!

“Since its inception, The Sims has been a groundbreaking experience, allowing players to create and virtually live out the stories they create in-game,” said The Sims GM Lyndsay Pearson. “That’s also why this show is so exciting. We’re continuing that innovative spirit, bringing our community together to compete and showcase their in-game storytelling on a reality show in an entirely new way.”

Twenty years after the game's debut, The Sims community is still thriving. EA said The Sims 4 hit a peak high of nearly 10 million unique monthly players in the past quarter, with 2.5 million joining since the start of the pandemic. Turner Sports and Buzzfeed hope the community will embrace The Sims Spark'd and drive viewers to the show on their respective platforms.