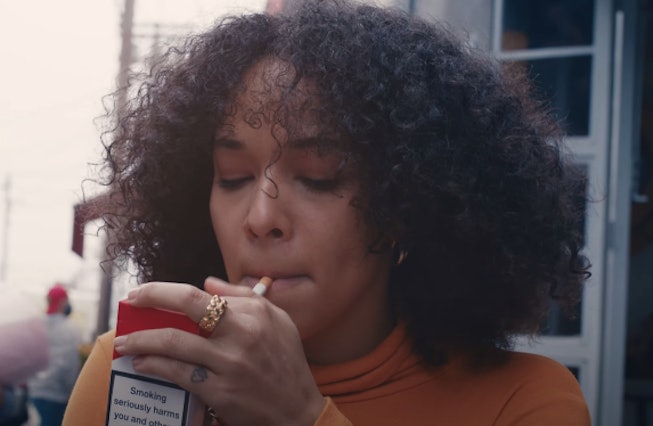 Skizzy Mars is officially a "Pro Bad Decision Maker," returning with a new track and video of the same name, premiering on NYLON below.

“It’s one of the most Skizzy songs,” Mars says of the new, chilled-out track. “It’s very self-aware, and I’m talking about some real shit. It’s a mixture of how I sounded when I first came onto the scene and how I sound in 2021. It came from a real conversation with a friend. He said, ‘We’re professional bad decision makers’. I’m always writing in my head. When somebody says something, I write it down. That stuck. I’m talking about my mistakes without regrets. I’m telling my story and keeping it 100.”

The cinematically shot video is by Gilbert Trejo, and doesn't feature Mars at all, but rather, a couple in the midst of a long-drawn out fight. "Pro Bad Decision Maker" is Mars' reintroduction of sorts, as he prepares to release his upcoming follow-up to 2019's Free Skizzy Mars. First shooting to recognition with his first single, 2011's "Douchebag," the NYC native has consistently raised the bar on his own work, hitting chart success with tracks like “Time (Ft. G-Eazy & Olivver the Kid)" off The Red Balloon Project EP, which debuted at #4 on Billboard’s “Top Rap Albums” chart in 2015.

Watch the premiere of "Pro Bad Decision Maker," below: