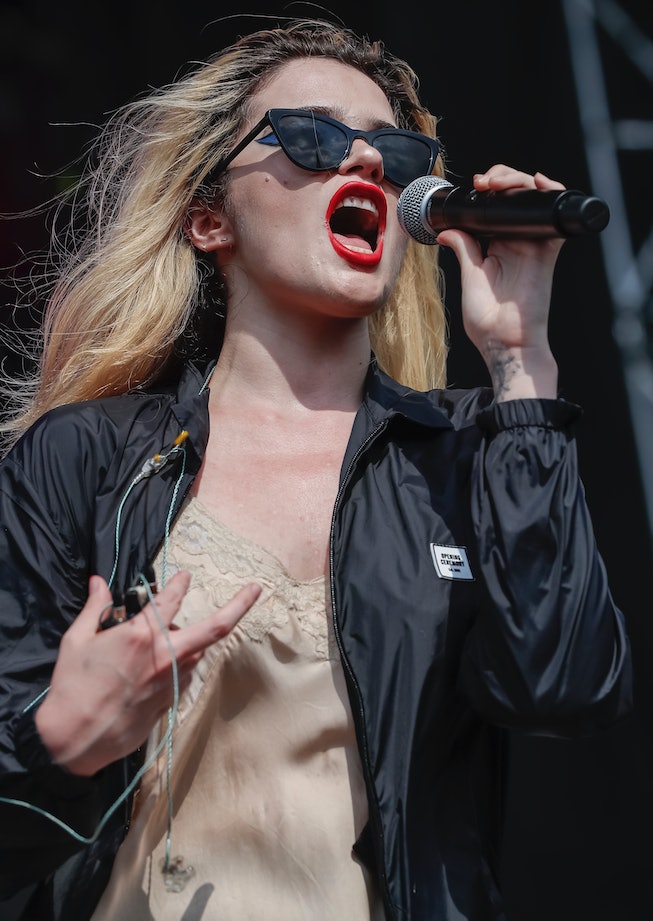 It’s been nine years since Sky Ferreira released her beloved cult album, Night Time, My Time. Since then, the fairly reclusive artist has promised that its long-awaited follow-up would finally arrive in 2015, 2016, 2018, 2019, and March 2022. While it doesn’t appear the album is here yet, there finally seems to be some movement in her camp. On Wednesday, May 18, Ferreira confirmed via Instagram that her new single “Don’t Forget” will finally be released on May 25. Cue the screaming.

Ferreira first teased “Don’t Forget” on March 31 when she uploaded a preview of the new song with little fanfare to Instagram, only with the accompanying caption “remember me?” The clip consisted simply of a graphic of Ferreira’s name and the glittering title of her song. But the audio, the sound of a buzzing, heavily distorted guitar and Ferreira’s own ghostly vocals echoing in the background, was a sweet and tempting treat — especially for fans who have been waiting for some sign, any sign, from Ferreira for years.

Of course, a new single doesn’t necessarily mean a new record — rumored to be called Masochism — is coming anytime soon. After all, Ferreria did already bait-and-switch us once before in 2019 when she dropped “Downhill Lullaby,” the supposed lead single of the new album, and then followed that up with... nothing.

Still, there’s a light on the horizon after all, especially since Ferreira did seem to suggest late 2021 that the album would finally, really drop sometime in 2022.

Even if it doesn’t, fans will get to hear something this summer as Ferreira is scheduled to perform at a smattering of festivals in Europe, including Barcelona’s Primavera Festival and Poland’s Open’er Festival, with one pit stop at the Foyer in London. Nonetheless, our fingers, toes, and everything else are crossed for more.