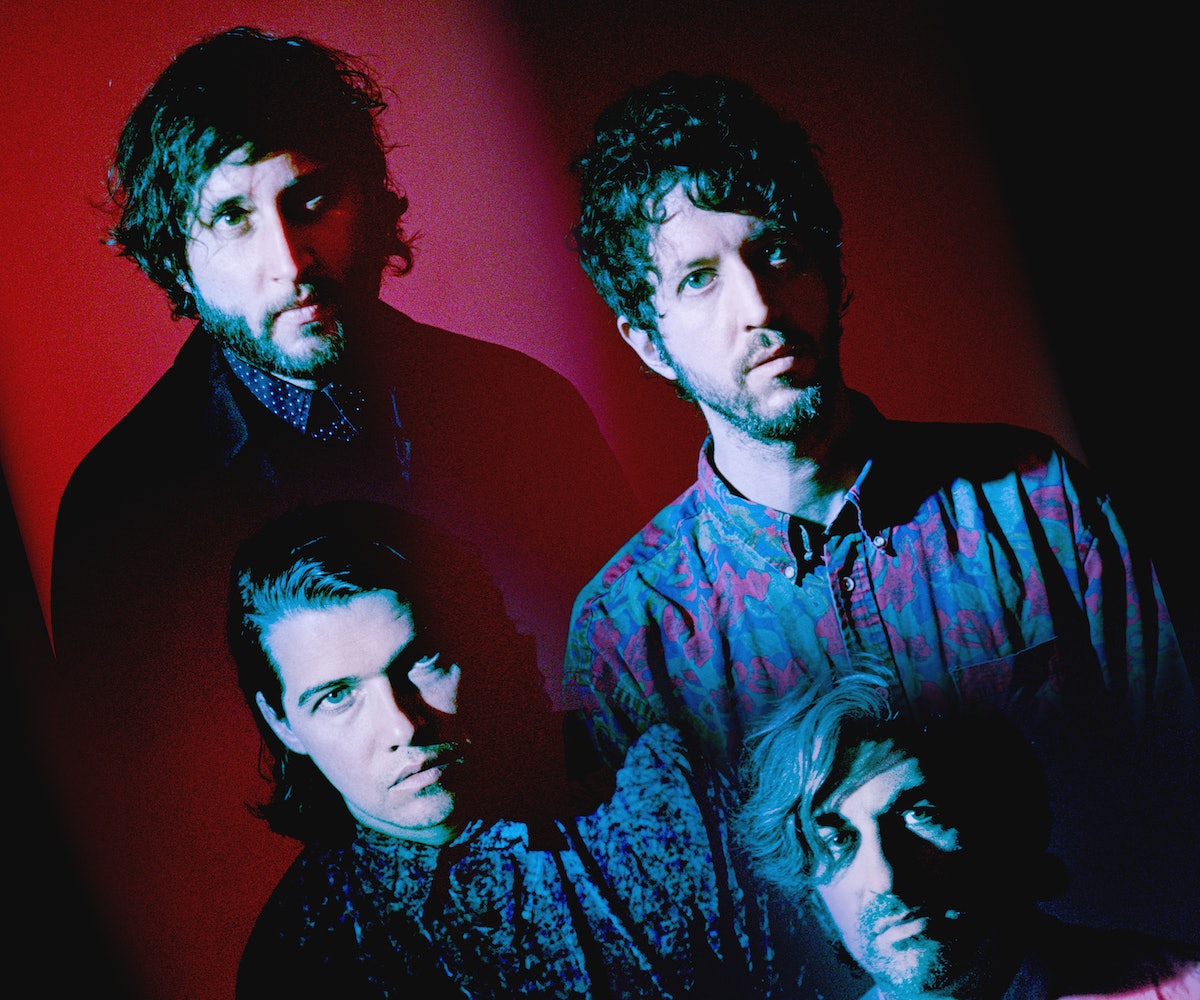 The early 2010s came with a boom in music microgenres, and none outweighed the king: chillwave. Dreamy, lo-fi synths scored readings sessions of the gossip-rag-gone-indie Hipster Runoff and life was probably a hell of a lot easier. Genre heavyweights Small Black dominated the first half of the decade with the release of their debut full-length, New Chain, and up until 2015's Best Blues, when they embarked on what would become a five-year hiatus. Now, the Brooklyn band is back with their first record in five years, Cheap Dreams, via their new label, the vaporwave upstart 100% Electronica, and a video premiering on NYLON for their new single "The Bridge."

Cheap Dreams finds the band taking stock of their roots — a New York that stays the same no matter how much it changes. "It's meant to be an exploration of time spent, living in and around the environs of New York," says says lead singer Josh Kolenik over email. "I pictured the title in the same font as the Crazy Eddie logo, which was an electronics chain in 80s and 90s New York that was revealed to be mostly a Ponzi scheme in the end, which is pretty much the most NYC thing ever."

"The Bridge" opens with soft piano notes before ascending into a cinematic and shimmering airiness, and it gets a visual to match, with TikTok's resident goofy surfer boy-slash-hearthrob Rece Delo acting as the video's chill hero. It's very much a love letter to New York's magical beach offering, Rockaway Beach. Delo skates past the neighborhood's brutalist architecture, billowing reeds, and ancient fishermen to meet the shore, where his surfing excursion seems almost like a baptism. It's a contemplative and transportive track at its core — if you close your eyes, it's almost like you can feel the ocean breeze on your face.

"The Bridge" is also written from the perspective of Kolenik's Uncle Matt, who was seminal in Small Black's personal history. The band recorded their first record in the attic of his home-slash-surfboard workshop on Long Island. Uncle Matt passed on in 2015 at the beach, fishing in the breaks he used to surf out on Long Island, but his optimism lives on: "The lyrics are just about taking a ride in his van to the beach to check the waves and take a few casts," says Kolenik.

NEXT UP
Culture
Kareem Rahma Survives A Dinner Party From Hell In “Really Rich Parents” Video
Entertainment
Harry Styles Is Performing At The 2023 Grammys
Entertainment
Samia On 'Honey' & Saying The Ugly Part Out Loud
Entertainment
Gracie Abrams & Gia Coppola On The Joy Of Free-Flowing Collaboration
Style + Culture, delivered straight to your inbox.