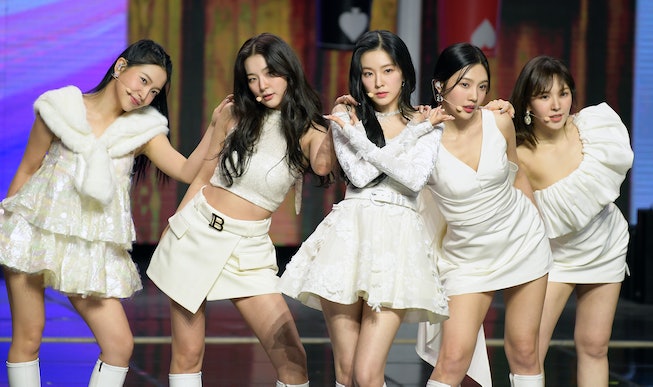 Get ready to enter Kwangya...

K-pop super label SM Entertainment has unveiled the details for its annual New Year’s Eve concert extravaganza: 2023 SMTown Live: SMCU Palace@Kwangya. The free-to-stream concert kicks off Dec. 31 at 8 p.m. PT or 11 p.m. ET (Jan. 1, 2023 at 1 p.m. KST), and will be broadcasted across SM Entertainments social media platforms. The “family affair” event has already confirmed performances from virtually every act on the label’s roster, including aespa, NCT 127, NCT Dream, GOT the beat, veterans TVXQ!, BoA, KangTa, and many, many more.

Like last year’s event, the show will take viewers into the world of Kwangya, the fictional meta universe, concocted by founder Lee Soo Man, that’s home to the label’s many acts. While last year’s concert was themed around arrivals and Kwangya’s “train station,” this year’s event takes place at the universe’s extravagant “palace,” and, per an official trailer, will feature many more winter and holiday themed performances.

With DJ sets, joint performances, and many surprise appearances planned, the event is sure to kick off the New Year in style. Read on for everything we know about SMTown Live 2023, including how to stream the concert, the full list of performers, and more.

When will SMTown Live 2023 broadcast?

Who is performing at SMTown Live 2023?

SM Entertainment soloists and leaders will open the event with a special performance of “The Cure,” the title track from the label’s latest winter compilation album, 2022 Winter SMTOWN : SMCU PALACE.

Prior to the show, SM Entertainment’s founder and chief producer Lee Soo Man will hold the company’s inaugural SM Sustainability Forum which will discuss “climate change issues faced by modern society and the role of K-pop and Hallyu in the sustainable development of the world,” a press release states. Various professors, climate experts, and EXO’s Suho will participate in the discussion, kicking off at 7 p.m. PT/10 p.m. ET on Dec. 31. The discussion will also be available to livestream via the above platforms.

Where can I hear the music from SMTown live 2023?

2022 Winter SMTOWN : SMCU PALACE, the accompanying album to the festival, is available on streaming services now. The 10-track record features the latest intra-group collaboration “The Cure,” and new holiday songs from aespa, Red Velvet, and more.