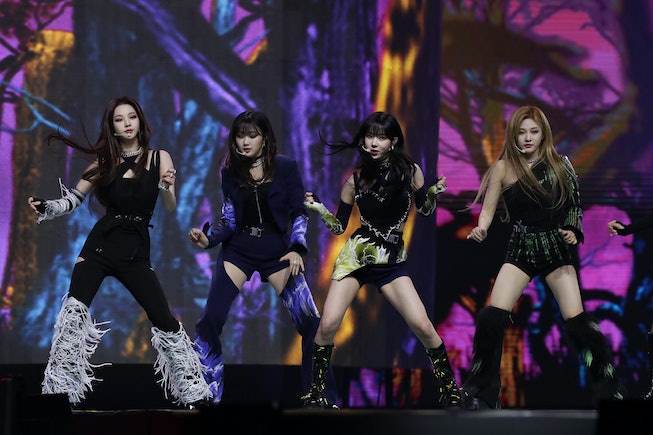 At this point, New Year’s Eve celebrations are a dime a dozen — but one of South Korea’s biggest entertainment agencies, SM Entertainment, is putting on a concert extravaganza to rival them all. Home to superstar acts like NCT, aespa, Super Junior, SHINee, and more, SM Entertainment has announced their latest gargantuan “family affair” concert, SMTOWN Live 2022: SMCU Express @Kwangya, set to take place on New Year’s Eve — a not-to-be-missed event that’ll surely kick off 2022 in style.

Like its mouthful of a name, the show will be chock-full of performances from all the acts on the company’s roster, with special collaborations, surprise joint performances, and even the debut of a new girl group, GOT (Girls On Top), to be expected. The concert will be free to watch and will be live broadcasted on YouTube, TikTok, and across virtually all of SM Town’s social media pages starting at 11 p.m. ET / 8 p.m. PT on December 31, 2021, or 1 p.m. KT on January 1, 2022.

As its name suggests, the show will center around Kwangya, the name of the fictional meta-universe concocted by SM Entertainment’s founder Lee Soo Man that’s considered “home” to several acts on the roster, including aespa and NCT. It’s a concept that’s on par in ambition with the Marvel Cinematic Universe, with groups like NCT and aespa releasing songs that tell stories about Kwangya (meaning “wilderness” in Korean) and its villains, like aespa’s infamous rival, the Black Mamba. With the release of the official trailer for SMTOWN Live 2022, it seems SM Entertainment will be using the concert to expand the universe of Kwangya, and incorporate its older and legacy acts into the meta-universe’s fold. (Already, artists have “arrived” at the Kwangya “train station” in preparation for the show.)

Read on for everything we know about SMTown Live 2022, including how to stream the concert and the full list of performers.

How to stream SMTown Live 2022

As mentioned above, SMTOWN Live 2022 will be a family affair with performances from many of the artists on the SM Entertainment roster, including NCT, aespa, Super Junior, Red Velvet, Kangta, BoA, TVXQ, GG-Oh!GG, SHINee, EXO, and more.

The show will also feature the world debut of new girl group GOT (Girls On Top), which SM Entertainment describes as a “new concept project featuring the incredible female artists from SM’s roster, with units created around specific themes and genres.” The first unit will be GOT the beat, and will include BoA, Taeyeon and Hyoyeon of Girls’ Generation, Seulgi and Wendy of Red Velvet, and Karina and Winter of aespa.

To go along with the landmark concert, SM Entertainment has also released a compilation album featuring new songs and collaborations from the artists involved in the event. Titled 2021 Winter SMTOWN : SMCU Express, the 10-track album is the first SMTown winter album to be released in 10 years and includes songs from Girls Generation, Super Junior, aespa, TVXQ!, and more.