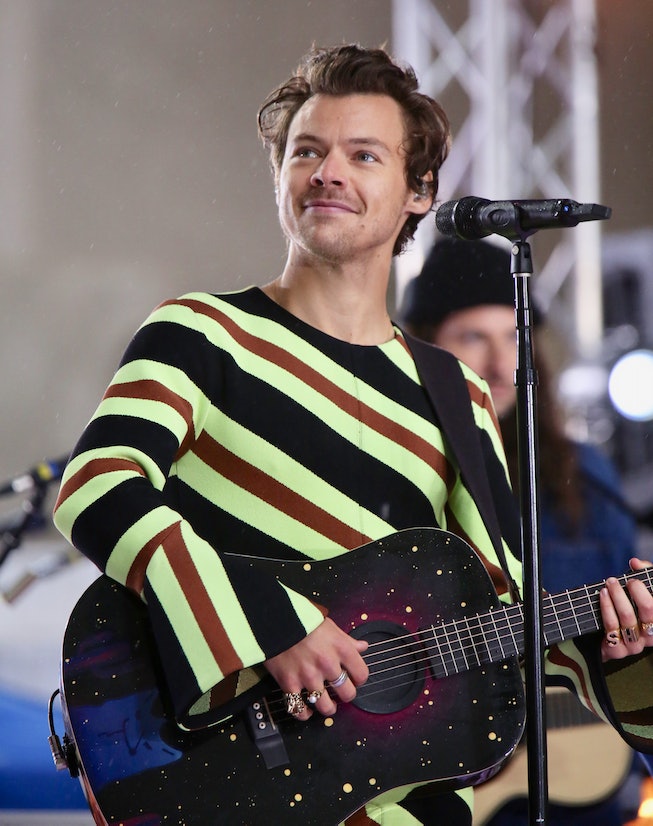 August is over and Labor Day is just around the corner: Summer 2022 has officially drawn to a close. That means it’s also time to anoint the song that ruled the summer.

Earlier this year, NYLON made its own predictions on which tune would most likely become the unofficial soundtrack of the barbecues, pool parties, road trips, and more. While it’s pretty much impossible to truly measure which song ruled the summer in this age of disparate streaming, Spotify has unveiled its data for the top streamed songs over the summer across the U.S. and globally, offering some empirical insight into how the season actually shook out.

Released Wednesday morning, the data crowns none other than Harry Styles’ melancholic pop song “As It Was” as the most-streamed song globally on the platform over the last three months, with a whopping 610 million streams. It’s followed closely behind by Kate Bush’s “Running Up That Hill,” which experienced a massive resurgence this summer following its inclusion in Netflix’s Stranger Things. While Spotify doesn’t disclose the number of streams “Running Up That Hill” received in total, the song was actually the no. 1 streamed song in the U.S. over the last three months, clocking over 90 million first-time streams.

But perhaps the summer’s biggest winner through sheer quantity alone was Bad Bunny, whose song “Me Porto Bonito” with Chencho Corelone took spot no. 3 on Spotify’s global summer charts, and who additionally had six other songs make the top 20. “Tití Me Preguntó” by Bad Bunny took spot no. 4, “Ojitos Lindos” with Bomba Estereo at no. 5, and well, you’ll just have to scroll down to the full chart to see the rest of his listings.

In fact, across the globe, music from Latin artists was the dominating soundtrack of the summer, per Spotify. In addition to Bad Bunny, Karol G and Rauw Alejandro also took multiple spots within the global top 20.

When it comes to the top 20 within the U.S., the selection is much more varied. Joji’s “Glimpse Of Us” takes no. 4, while Steve Lacy’s breakthrough hit “Bad Habits” lands at no. 6. Drake, Post Malone, Doja Cat, Lizzo, Jack Harlow, Future, and Glass Animals, all also have entries on the chart.

At the end of the day, the music industry’s insistent need to crown a “song of the summer” can feel arbitrary at worst — with the bountiful options of listening and discovering music available to us, can there really be only one reigning song? But at best, it’s still a strong marker for where the winds of popular music are drifting. At the very least, it’ll have you prepared for what will be playing at your local grocery store in the months to come.

Check out the full data for Spotify’s most streamed songs of the summer globally and in the U.S., below.

Spotify’s most streamed songs of summer in the U.S.