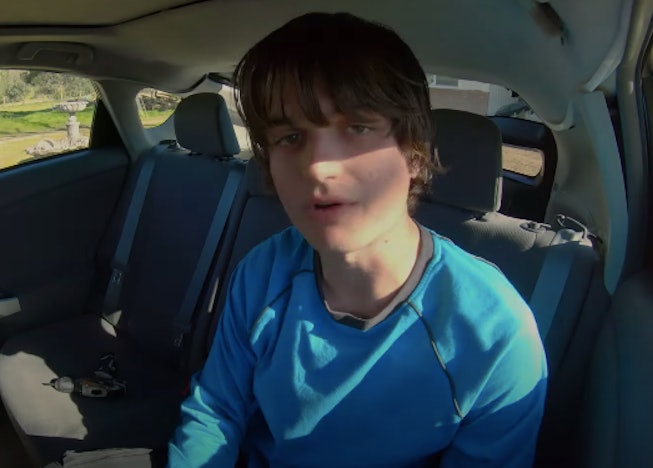 As a society, we quickly normalized using our phones to summon a stranger to drive us around in their car, and now the forthcoming thriller Spree is asking the question we routinely avoid to maintain some semblance of sanity: what if the driver was deranged and dangerous?

Spree dropped its first trailer today, six months after premiering at Sundance, giving us a peek into main character Kurt, played by Joe Keery of Stranger Things fame. Kurt Kunkle, a rideshare driver for Spree, has a thirst for going viral and a plan to make it happen. He equips his car with cameras in order to livestream a rampage, hoping the attention will catapult him into social media stardom. Things don't exactly go according to plan, leaving Kurt more desperate than ever to get a taste of fame.

Although it's deeply unsettling, the premise for Spree is not really that out there; if you've logged onto Instagram, Twitter, or TikTok, you've seen the psychic toll seeking viral fame can take on people. “I think ‘Spree’ has an important statement to make as a critique of our media culture,” says director Eugene Kotlyarenko, who previously directed and co-wrote Wobble Palace with Dasha Nekrasova. “Joe and I looked at hundreds of videos so he could give Kurt Kunkle a sense of pathos and desperation to be a media star. I think we all have a little Kurt in us.”

Spree also marks a very different character for Keery, who famously plays Stranger Things' good guy Steve Harrington. “As an actor, you read so many things so ‘Spree’ really stood out from the first moment," he explained. "It was a challenge to play a character who’s not likeable and gradually becomes a monster.” In addition to Keery, Spree also stars former Saturday Night Live cast member Sasheer Zamata and David Arquette, while Kyle Mooney, Mischa Barton and Frankie Grande feature as unfortunate passengers.

Catch the trailer below and watch Spree when it's released on August 14.