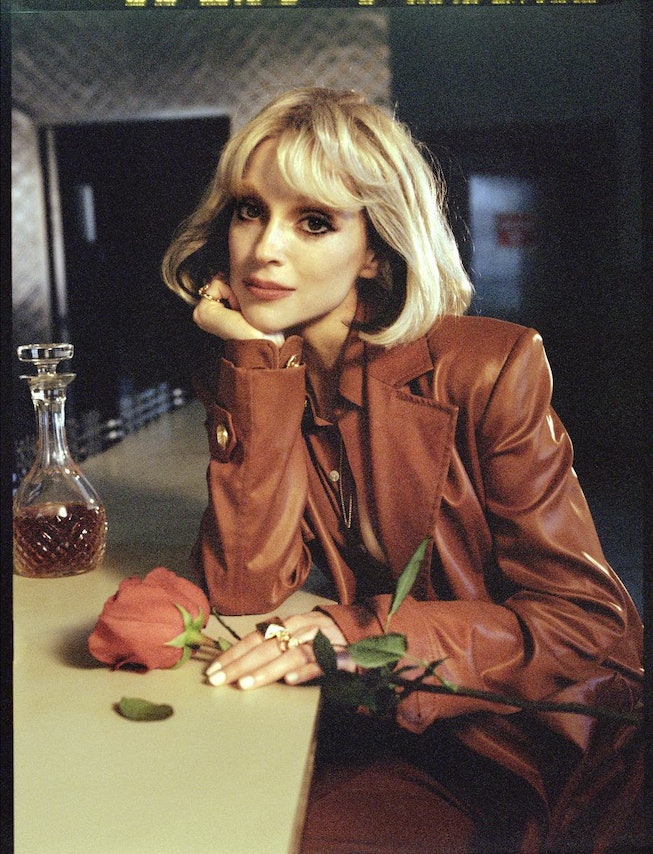 St. Vincent’s sixth studio album Daddy’s Home has arrived. The record, which draws upon the funky and psychedelic sounds of the ‘70s, is also loosely inspired by the recent release of her father, who was in prison for tax fraud until 2019. The album’s entire campaign has been built on the grimy, glam, and fairly analog aesthetics of that decade, and now St. Vincent’s added one more item to that collection — her own morning newspaper, The St. Vincent Gazette.

This new companion piece to her album, which arrives as a downloadable PDF, is being released and was created in collaboration with Spotify. It includes lyrics, a St. Vincent-themed crossword puzzle, St. Vincent-themed comics, and even a Letter From The Editor from St. Vincent — in which she thanks her fans for their support, hoping to one day “share those emotions together in a dark, sweaty, beer-smelling room, screaming at the top of our lungs.”

Daddy’s Home is the rock musician’s follow-up to her 2017 LP Masseduction. Both albums were created with Jack Antonoff. In a recent interview with Apple Music’s Zane Lowe, she described working with him as idealistic in “an inspiring sense.”

“I don't think I've ever met anybody who, in a non pie in the sky, Pollyanna kind of way is so idealistic, but idealistic in a way that's not knock you over the head with dogma, but idealistic in just an inspiring sense that makes me feel like anything is possible,” she told Lowe.

She also spoke on the framing of the record around her father’s release, saying: “Part of this album really is reckoning with what happened and reckoning with who I've become in the process. And then reckoning with like, sometimes we get new information that makes us rewrite the stories we've been telling ourselves.”

Daddy’s Home was preceded by the singles “Pay Your Way In Pain,” “Melting Of The Sun,” and “Down.” Purchase or stream it here.