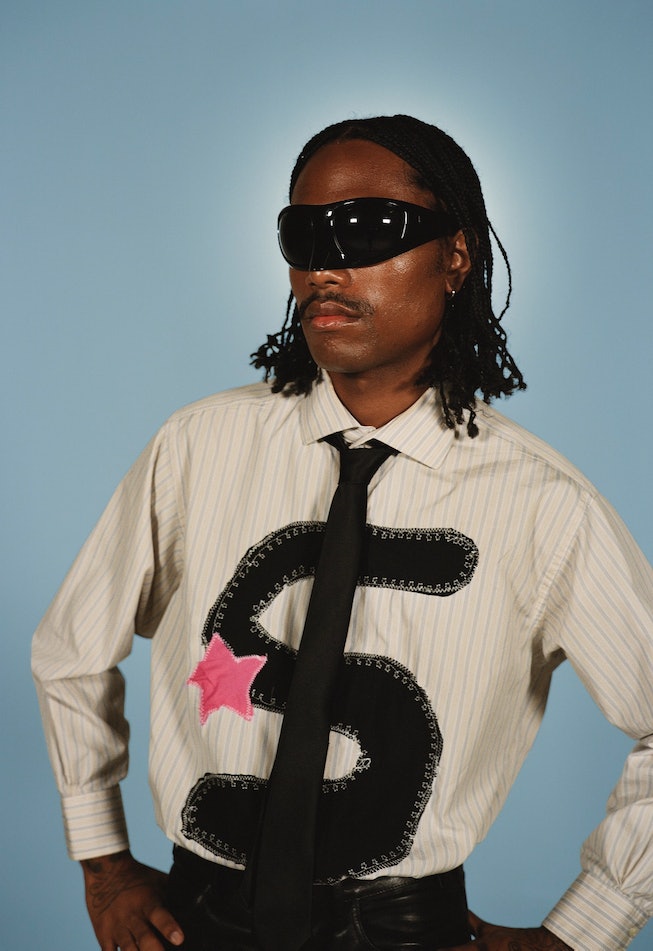 Steve Lacy’s second album, Gemini Rights, was the first album he’s recorded on something other than a phone or computer. While the 24-year-old artist has been active in the music scene since before he graduated high school – known first as the guitarist and vocalist for the band The Internet before working with the likes of Kendrick Lamar and Vampire Weekend – the release of his sophomore album in mid-July signaled a new moment for Lacy, both in its sound and in the way it was produced. So far, it has paid off.

As a guitarist and singer, Lacy’s music has always felt subtle and cool. His songs, like 2017’s “Dark Red” and 2019’s “N Side,” often feel like ones you should play on repeat in the background. On August 15, less than two months after Gemini Rights’ initial release, the record’s second single “Bad Habit” entered the coveted top 10 of the Billboard Hot 100 at No. 6, after weeks of slowly climbing up the chart. As Lacy’s first entry on the Hot 100, “Bad Habit” marks a huge milestone for the artist — and an unexpected, late-summer breakout hit.

That same day, Lacy took to his Instagram stories to share his feelings: “man thank y’all for putting on for me. grateful for every ear you guys lend. i’m grateful i just get to be myself and grow,” he said. “grateful for the ‘new’ and the ‘old’ listeners. grateful to the KIDS. grateful for my loving family. just gratitude every day. thank you guys so much. this is only the beginning.”

It’s no surprise that the song hit the top 10 – the R&B track has a lo-fi beat and experience-driven lyrics, most notable being the repetition of the bittersweet lines, “I wish I knew you wanted me.” The album as a whole chronicles the aftermath of a breakup, with moments surging between the sadness, relief, and uneasiness – though the songs themselves are as confident as ever. While Lacy’s music can make you feel mindless and roaming (almost like in the music video for “Bad Habit” where Lacy sings and dances for the whole song,) the songs themselves are steady and reliable.

In an interview with GQ, Lacy explained how making the song felt like the key to unlocking the whole album. “[‘Bad Habit’] was the start of this renaissance of the separation between that Steve and this Steve,” he said, referring to the version of himself that existed before this album. “Prior to this moment, I felt like I was in a slump. I had a bunch of dope ideas, but my writing? I didn’t know how I was going to approach this record. But I feel like this song was the one that was like okay, this is what we're about to do.”

The world agrees. Like most hits nowadays, the song has taken off like wildfire on TikTok. Lacy’s first solo album was released in May 2019, way before the rise of TikTok, but since the release of Gemini Rights, the app seems to belong to him. The song has been used in over 300,000 videos (with a sped-up version of it bringing to another 100,000). Celebrities like Hailey Bieber and Charlie D'Amelio have used the song when promoting their brands, and an array of trends have popped up. Unlike the way some viral songs have been linked to one specific video trend on the app, “Bad Habit” seems to be linked to almost every type of video — people doing mundane tasks, getting dressed, and walking around – and some more thoughtful ones using the lyrics as inspiration for the video itself.

One user, Bryce Kelso, posted a transition video where he sings along with Lacy’s “I bite my tongue, it’s a bad habit” and swipes his tongue across his teeth with the guitar riff right after that verse. Other users picked the transition up, using the transition to show a before and after of them getting ready, or just doing the same tongue swipe as Kelso.

“The transition went hand in hand with the lyrics to the song,” Kelso tells NYLON. “I’ve made a couple of videos about ideas for transitions, but I haven’t had a video like that blow up the way this one did.”

When asked why he thought Lacy’s music has done so well on the app, Kelso says, “With each song, it gets used and interpreted differently with video ideas. Some have great lyrics that get used for that aspect” – like "Bad Habit" – “whereas many have great bass riffs and beats that he’s known for, that get used for entertaining background music. But his music is very catchy, which is probably the biggest captivation his music has on TikTok.”

When Amber Morman posted an almost punk-like cover of her and her sister singing the song on TikTok, it got so many views that even Lacy himself commented. “I just relate to the song so much,” she says. “I feel it in my soul and that makes me want to sing with everything I have.” Since the nature of the song is one of repetitive melancholy, Morman says “the emo vibe just came up.”

Another creator, Adanna Duru, posted a similar cover, but said her emo take was more to make people laugh. “It was really just a shout out to everyone bumping the Steve Lacy album because I know they’re screaming those lyrics in their cars,” she says.

Lacy’s manager, Dave Airaudi, spoke with Billboard about the song hitting the top of the charts. When asked if there was a secret to it, he said, “If the record doesn’t hit people right, it’s useless. If there was a strategy it would be that Steve has an amazing catalog and oversized footprint in culture — so connecting those dots and driving everything we do back to the music.”

Compared to the summer’s other top songs — Lizzo’s “About Damn Time” and Beyoncé’s “Break My Soul,” — Lacy’s “Bad Habit” might seem out of place. It is a ballad-like antithesis to the feel-good summer pop we so often want to hear, instead ringing out as an almost mindless, emotionally driven anthem for those of us who are too often in our head. It’s unexpected as the breakout hit of the summer, but it is.