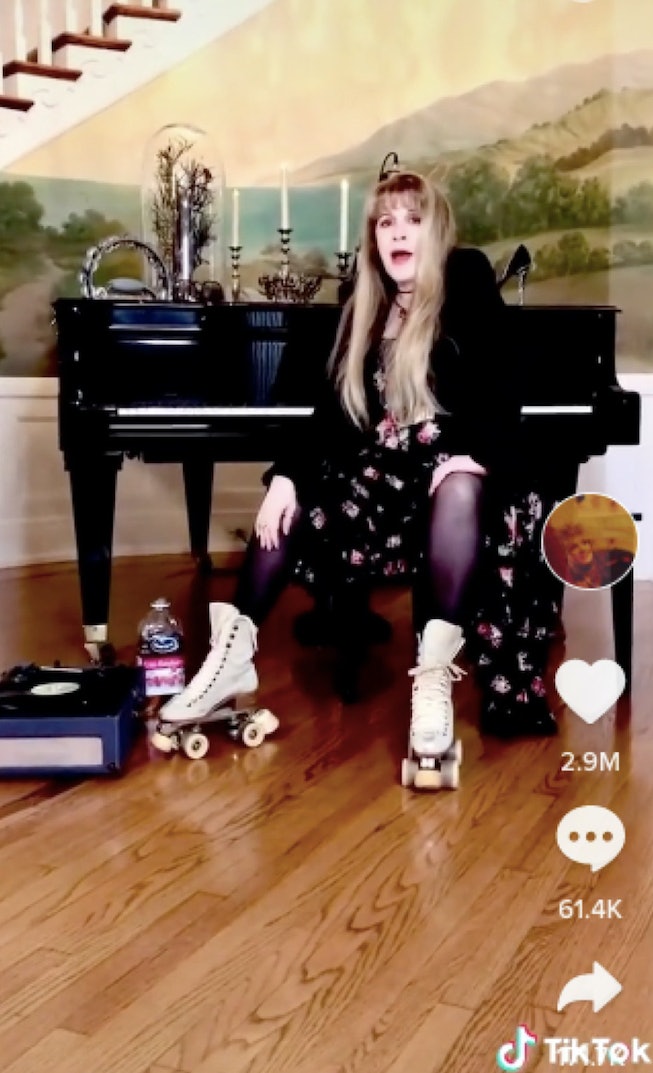 If I say the words Cran Raspberry juice, skateboard, and Fleetwood Mac, you know exactly who comes to mind: TikTok creator and the app's current reigning king Nathan Apodaca, more commonly known as 420Doggface208. Apodaca serenely skateboarding while singing along to Fleetwood Mac's Rumors banger "Dreams" has already spawned countless remakes, including one by Stevie Nicks herself.

The Fleetwood Mac singer literally joined the app to pay tribute to Apodaca paying tribute to her, and it's incredibly sweet. In the TikTok video, Nicks sits on her grand piano bench as she laces up some skates while a record player plays "Rumours." In plain sight sits none other than a bottle of Ocean Spray Cran Raspberry juice. You know what's about to go down! Nicks begins to sing over her recorded self, and we've officially come full circle. She also tagged Apodaca while writing "Afternoon vibe. Lace 'em up!" in the caption. Vibes indeed.

Fleetwood Mac already co-signed Apodaca's creation a few weeks ago in a glowing Twitter review. Even Mick Fleetwood got in on the fun with his own video. Since then, Apodaca's star has continued to rise. Ocean Spray gifted him a truck with a trunk full of his favorite beverage, and he's releasing a Halloween costume starter pack, including long white socks, a mustache and more for those who want to go full 420Doggface208 for the night. Skateboard and juice not included.