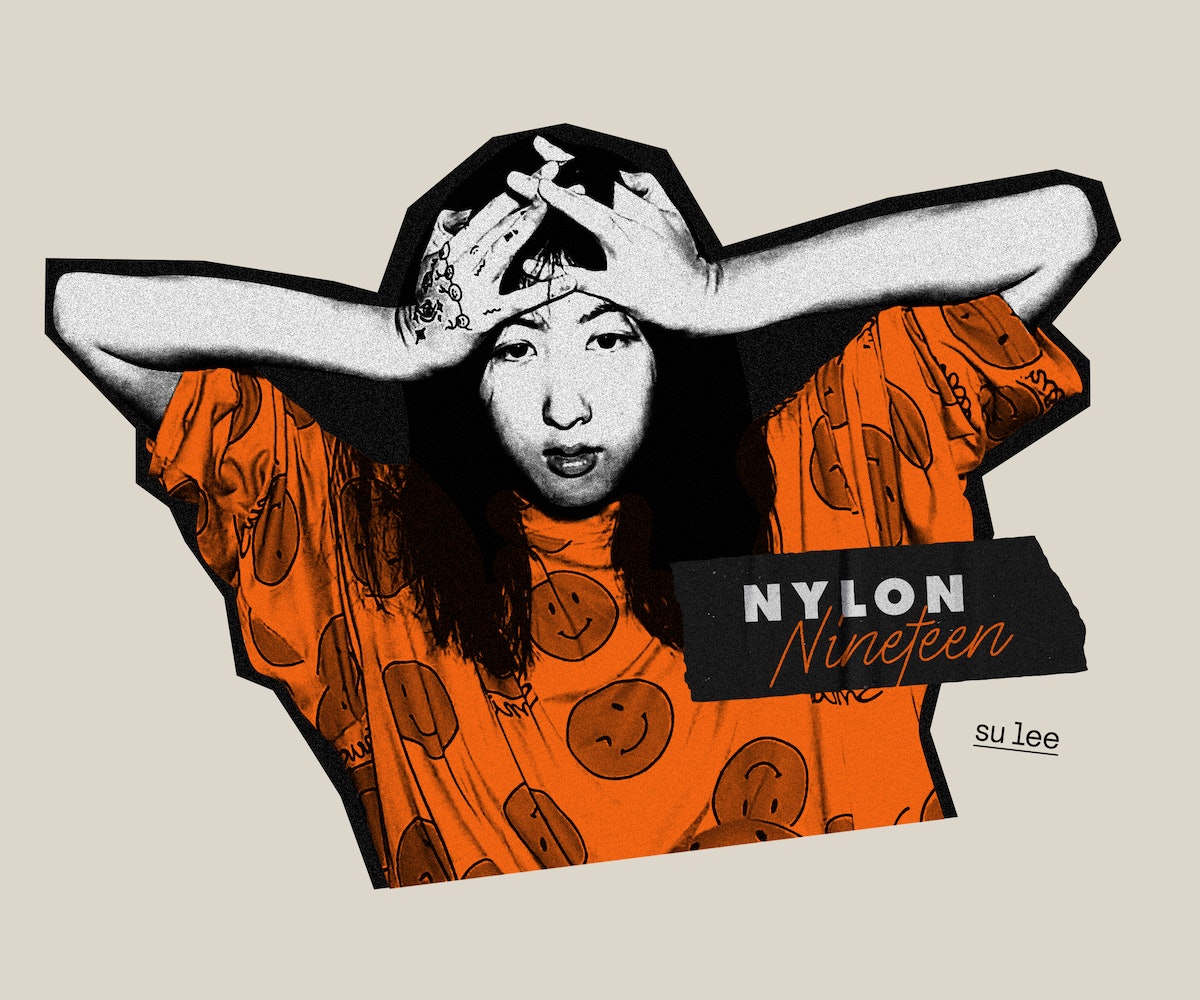 Thirty seconds into Su Lee's "I'll Just Dance" comes this ingenious lyric: "Gotta lot of questions that I don't know the answers to/ I don't know who to ask, even Mr. Google's like, 'Bruh,' you need to figure this out.'" It's a bulky line that would sound wordy and awkward if it were anyone else, but Lee delivers it with an offbeat charm that instead makes it totally memorable.

The DIY pop songs that the South Korean singer-songwriter creates in her bedroom are filled with these little gems: hyper-specific yet relatable, and always delivered with a self-deprecating wink. They feel like honest, imperfect admissions — and they're resonating. Shortly after she uploaded "I'll Just Dance" to YouTube back in March, the song went viral on Reddit, and all of her subsequent releases have racked up significant streams since.

Lee's latest tune, "Wide Awake," is about "being a dreamer and wanting to have those dreams be fulfilled," she tells NYLON, acutely aware that hers have just begun. Ahead of its release, we hopped on Zoom with the viral song-maker to have her take the NYLON Nineteen, where she talked about everything from sugar highs and watching out-of-context videos on YouTube, to the meaningful DMs she's received from her fans.