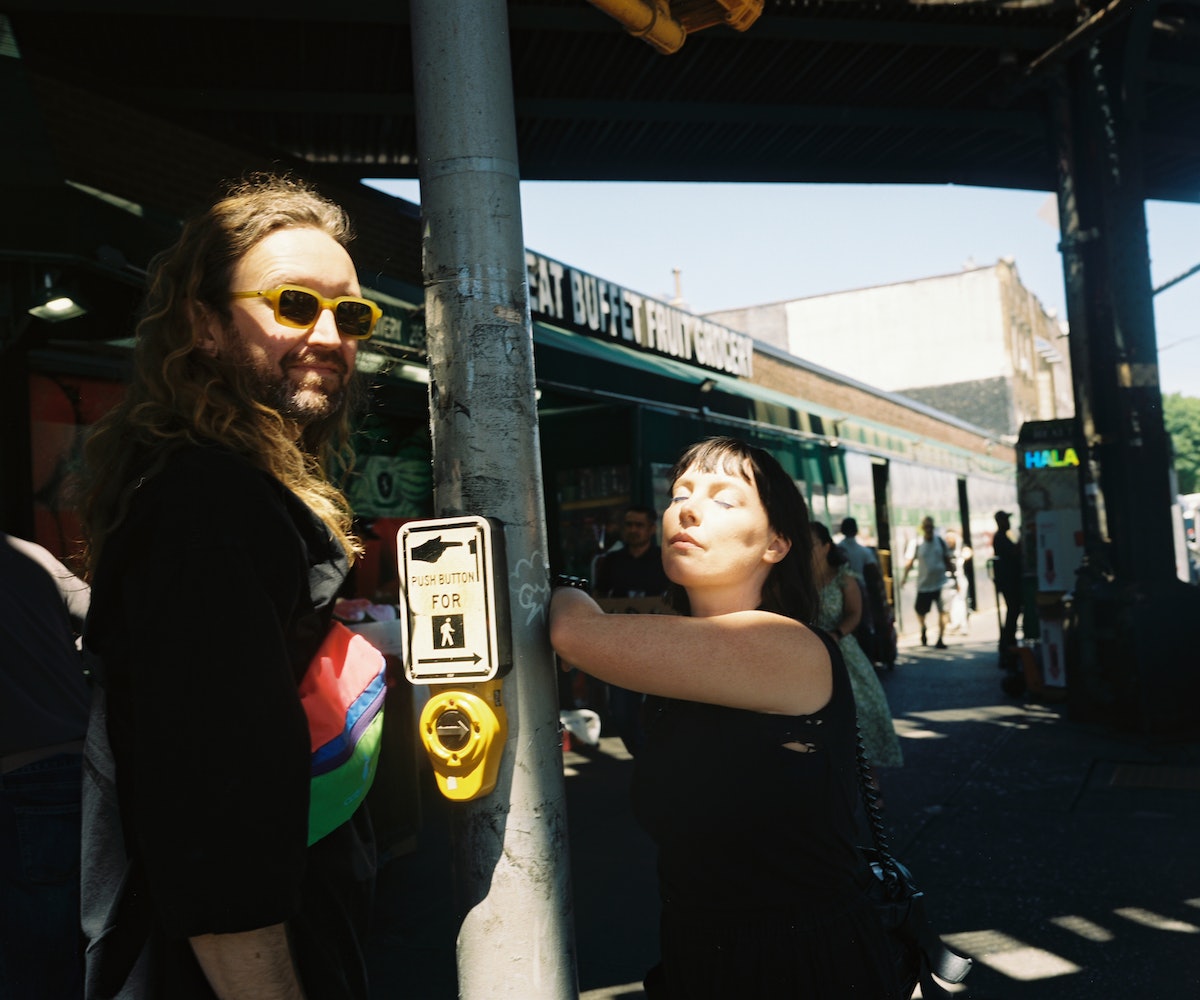 The first time I saw Sylvan Esso, the indie electro pop duo made up of Amelia Meath and Nick Sanborn, was at Sasquatch! music festival in the spring of 2015. Like the 15 million other people who streamed 2014’s “Coffee,” and craved the intestine-rearranging synths of “Play It Right,” my friends and I were eager to see the people whose music made us feel so much. In the middle of the afternoon, Amelia Meath sauntered onstage all barefoot, no makeup, and with a messy bun. It was a performance that earned her, unfortunately, a place on WikiFeet, the blog where people post and rate photos of celebrity feet, but it was also the beginning of something else. Sylvan Esso exuded a spastic joy and a playful levity that wasn’t overthought and conveyed how we felt with an attitude of impermanence: We don’t know where we’re going but we’re going to enjoy where we are now.

Sylvan Esso’s latest album, No Rules Sandy, out now on Loma Vista, is a collection of danceable pop songs that feel as surprising and mesmerizing as confetti falling to the dance floor. It’s also the group’s first album in years that conveys the same energy as that 2015 barefoot performance: a spontaneous, off-the-cuff, see-what-sticks creation that leads with heart.

“We were sitting there and you were thinking about what you should wear and you were like, ‘f*ck it. Let's just f*cking go play the show.’ And I'm like, f*ck yeah,” Sanborn says, reminiscing about the performance as we’re all drinking cold coffee at the Ludlow Hotel on a sweltering July day.

“I think I forgot that we are an independent band made of, like, two true freaks,” Meath adds.

“There was no agenda. We were just f*cking around and having fun hanging.”

The night before, the duo premiered No Rules Sandy at a listening party at Public Records in Brooklyn, where dozens of journalists and music industry cronies sat awkwardly bobbing their heads while I spotted Meath in the corner dancing her heart out. “It’s a good record,” she whispered to the crowd at one point, as if surprised.

“There was a phase in the last few records where there was more fear involved in the creation process. I think we were kind of worried we were gonna break it,” Sanborn says. “That just feels like it's completely gone away. And now it feels like the goal feels so much more positive: How do other people fit into our creative lives? How can our work continue to reflect our lives? Everything feels so much more about possibility now.”

For any band, particularly an indie project, success, or whatever that means, always feels fragile. Sylvan Esso has come a long way, of course, from Meath’s initial Wikifeet initiation. 2017’s What Now and 2020’s Free Love were nominated for Grammys. In 2019, they swelled from a duo to a live band of ten, and in 2021 they launched their music label, Psychic Hotline.

But somewhere along the way, Meath says, they became more interested in protecting their success rather than the spontaneity that made them special in the first place. She found it hard to relate to the music she made a decade ago. At some points, she questioned if Sylvan Esso could exist anymore.

With No Rules Sandy, Meath and Sanborn didn’t set out to make an album. In January 2022, they had driven their Prius across the country for the Grammys only for the Grammys to be postponed. So they hunkered down and started making music together in a way that was more similar to how they did a decade ago.

“And,we just had a fantastic time,” Sanborn adds. “Because there was no agenda. We were just f*cking around and having fun hanging.”

The result is an album that feels intensely personal and less polished, like electronic pop music that swells and spontaneously combusts into found sound like voicemails, bird song, and studio chatter, which is where the album’s title, No Rules Sandy, comes — a reference to Sanborn’s nickname as well as the band’s new ethos. What would it look like for an indie project that has achieved and maintained success to throw out the rule book that got them there? The transformation of Meath and Sanborn’s mindset echoes a greater post-pandemic mentality: What would it look like if you cared less about everything you were told you were supposed to care about? What could you shed? What possibilities could open up?

The crux of all of this feeling is most present on “How Did You Know,” the centerpiece of the record, which Meath says is the most personal song she’s ever written — so personal that she originally wrote the lyrics never thinking it would make it on the record.

“‘How did you know’ makes me really embarrassed to talk about, just because it’s very personal. Almost so much so that I never really want to talk about it ever again. Which is kind of cool and exciting,” Meath says.

“I think Amelia's songs, more than almost anyone else's, if you look at them very literally they're about this individual moment,” Sanborn says. “But the minute you let them bloom, they're kind of about everything.”

Meath wasn’t going to use the original lyrics she wrote until Nick encouraged her to, an urging that annoyed her in the moment but that she’s now grateful for. “Oh I got so mad,” she says. “You got really mad,” he says, laughing. “I was like, listen to them back and back and tell me I’m wrong.”

Their exchange is the core of Sylvan Esso: the push and pull, the impulse to throw everything from the pantry into the stew, to move each other into something more emotive and unselfconscious. Now, they’re ready for this new era, but they’re less worried about what it will look like.

“We're running and building the bridge at the same time,” Meath says. “We don't know where it's going. We're like reaching into a future that we don't know what it is, but we're trying to create the thing that we wanna see in the world.”

Sylvan Esso’s No Rules Sandy is out now via Loma Vista.